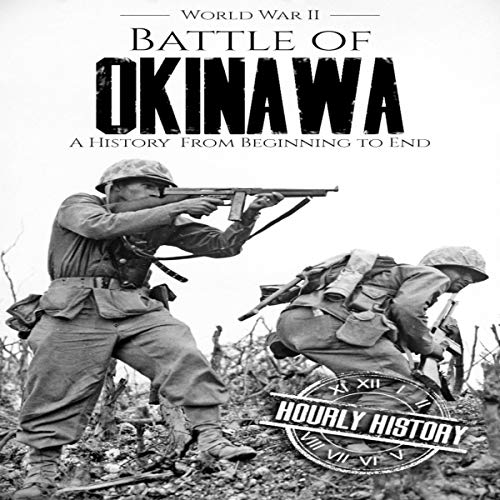 The Battle of Okinawa was the deadliest campaign of the Pacific during World War II. The Americans had come back from the demoralizing defeat at Pearl Harbor to mount a ferocious attack against the Japanese. To be able to invade Japan, the Americans had to take Okinawa. But the Japanese, determined to defend their homeland and preserve their way of life, would fight to the death against the invaders. As the Army and Marines fought bloody battles to gain Okinawa inch by inch, the Navy was subjected to kamikaze attacks.

Inside you will hear about...

For almost three months, the Americans and the Japanese contested one another in a battle of endurance that highlighted the courage of the fighting men of both nations. Ultimately, the Japanese lacked the resources of the Americans, and the Americans claimed the island. But the Americans had learned a deadly lesson from the Battle of Okinawa: if the Japanese fought this hard to protect one island, how much harder would they fight to preserve Japan itself, the last vestige of their empire?

To save American lives, military leaders decided that they would utilize another, deadlier weapon to bring the Japanese to their knees. The atom bomb and the nuclear age rose from the ashes of the Japanese defeat at Okinawa.

What listeners say about Battle of Okinawa - World War II

Solid overview in the time allotted

A solid overview of the WW II battle for Okinawa in the time allotted. Relevant details and explanations of what led up to the battle, what happened during, and the battle’s results and impact on future military decision, such as use of the atomic bomb.


Could have done without the short bit with the attempted to overlay of today’s mores/social norms with the people and situation in the 1940s.