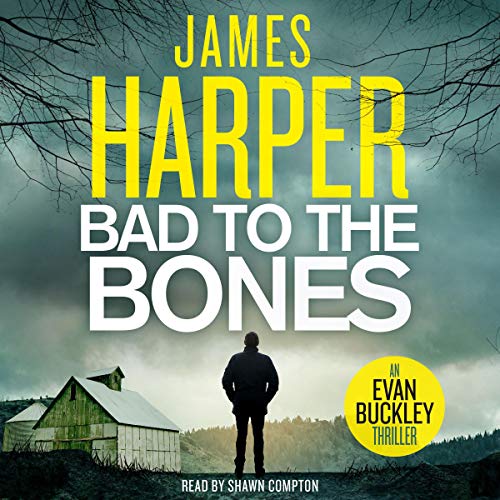 Bad to the Bones

By: James Harper
Narrated by: Shawn Compton
Try for £0.00

Evan Buckley’s wife went to work one day and didn’t come home. He’s never stopped looking for her. Tormented by demons, consumed by his unrelenting quest for the truth, he loses himself in other people's problems.

When Linda Clayton's son Daniel disappeared 10 years ago, she didn’t think her life could get any worse — until her husband ran away. Makes you thankful you're not Linda Clayton.

After Evan’s latest case ends in disaster, he’s at the end of his tether — until fate throws him headlong into Linda Clayton's desperate world and a long-dead investigation that everybody wants to stay that way.

But Evan never does what everybody wants, and he vows to find answers for her that he can’t find for himself. As the suspense ratchets up, he’s caught in a desperate fight for his life with a stone-cold killer who will stop at nothing to protect his secrets....

With action-packed twists and turns and a pace that doesn’t let up until the chilling conclusion, Bad to the Bones is a brilliant debut to a gripping new crime series from James Harper.

What listeners say about Bad to the Bones

Interesting story but it was a bit dragged at time

Narrator was pretty good and at times there was some fresh humour that added to the story.