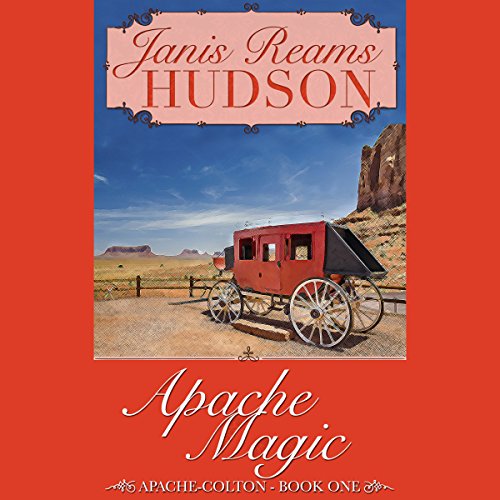 To the Apaches, Daniella Blackwood was an adopted daughter, respected and cherished. To their shaman, the bold white streak in her hair made her special and her visions in the flames make her a woman of magic. Yet no magic could protect Daniella from the passion that sears her senses when she first meets Travis Colton.

To Arizona rancher Travis Colton, the mysterious Daniella is his only chance at rescuing his son. Travis and his 10-year-old son were captured by a band of Cochise's warriors. Left for dead, Travis managed to make his way home, determined to do whatever it takes to get his son back. Travis and Daniella's quest together will take more than magic; it will take a passion neither is ready to handle.

"A novel to savor, a feast of realism, authenticity, and most of all, the magic and healing powers of love. Make room for Janis Reams Hudson on your keeper shelf." ( Romantic Times)

What listeners say about Apache Magic

Would you consider the audio edition of Apache Magic to be better than the print version?

no cause narrator can't pronounce some of the apache words correctly

Have you listened to any of Emily Cauldwell’s other performances before? How does this one compare?

the series is wonderful anything with Janis Reams Hudson is great!

I loved the characters, the story kept me going.

lived the book. first book by this author, I look forward to reading book two of the series.