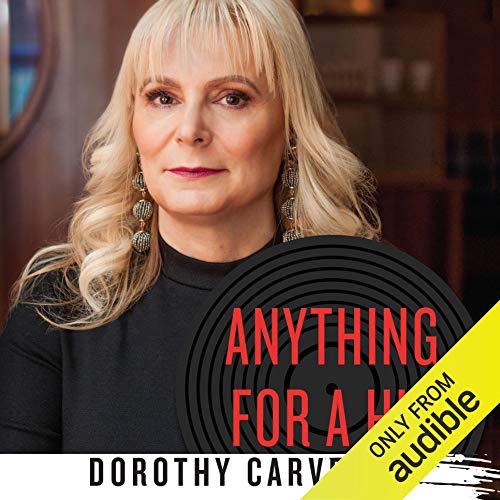 Anything for a Hit

By: Dorothy Carvello
Narrated by: Traci Odom
Try for £0.00

Dorothy Carvello knows all about the music biz. She was the first female A&R executive at Atlantic Records and one of the few in the room at RCA and Columbia. But before that, she was secretary to Ahmet Ertegun, Atlantic’s infamous president who signed acts like Aretha Franklin and Led Zeppelin, negotiated distribution deals with Mick Jagger, and added Neil Young to Crosby, Stills & Nash.

The stories she tells about the kingmakers of the music industry are outrageous, but it is her sinuous friendship with Ahmet that frames her narrative. He was notoriously abusive, sexually harassing Dorothy on a daily basis. Still, when he neared his end, sad and alone, Dorothy had no hatred toward him - only a strange kind of loyalty. Carvello reveals here how she flipped the script and showed Ertegun and every other man who tried to control her that a woman can be just as willing to do what it takes to get a hit.

Featuring never-before-heard stories about artists like Michael Jackson, Madonna, Steven Tyler, Bon Jovi, INXS, Marc Anthony, Phil Collins, and many more, this audiobook is a must-hear for anyone who has ever wondered what it's really like to be a woman in a male-dominated industry.

What listeners say about Anything for a Hit

A MUST READ (listen) for all females

A MUST READ for all pursuing a career in the entertainment industry. Interview your future boss and check their references and history first. I could not take my headphones off, popcorn in hand.

Interesting look into the music business

As an avid music lover as well as knowing several musicians in the business, I found Dorothy’s story quite interesting and disturbing. This is an ugly business for women.

The narrator did a great job (once I got used to the Brooklyn accent)! I enjoyed the story.

The one and only way this book would be better would be if Dorothy read it herself. Still Traci Odom did a great job. So not a big deal at all.

If you enjoy delving into the stories of people who lives are 100% unlike your own, you may enjoy hearing about Brooklyn”s Dorothy Carvello. A young woman who schemes her way into an assistant job for legendary music executive Ahmet Ertegun, Dorothy is smart, ambitious, provincial, battle-scarred and vulnerable. Her stories about Michael Hutchence of INXS, Sebastian Bach of Skid Row and Tommy Matola of Mariah Carey fame are fascinating to an 80s-90s kid. I enjoyed Anything for a Hit from start to finish — except I was left wanting to hear more stories. I hope she writes more.

This story is for anyone Who loves the music industry. To hear how this woman was treated and trying to make a career for herself in the music business is appalling. She really makes you understand what she went through and why she stayed the course. Great listen!