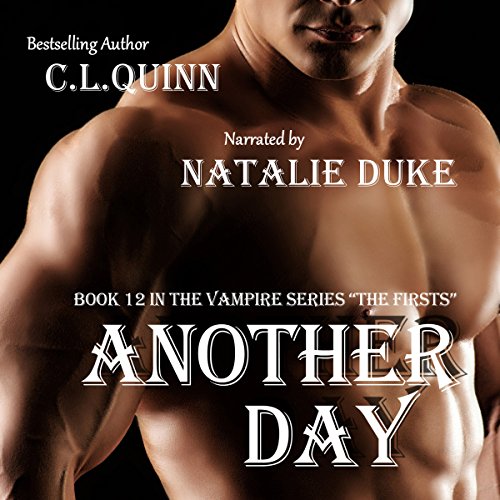 Xavier, a thousand-year-old vampire, was missing. It shouldn't have been possible for someone to hold him, but he was gone. His brother, Koen, has come to New York City, where one of the vampire's enemies has been found, to search for Xavier. They need to stop Claude, who remains a threat, but first, where is Xavier?

He'd been shot repeatedly, but Xavier didn't know why he wasn't dead. All he knew was his first name, told to him by the vicious man who'd kept him prisoner. Now, escaped, Xavier needed to not only know who he was, but what he was...because it was clear...he wasn't exactly normal.

Margot had wandered into the bad part of the city on an impulse to help a woman outside of a five-star restaurant in New York City. She didn't belong there, but a newfound sense of altruism pushes her to seek justice for the assaulted woman. When she gets herself into trouble, an enormous Scotsman comes to her aid. And oh, hell, for a woman with long-term sexual issues, this unexpected hero brings new feelings. Only, he's not quite right, is he?

In New York City, a woman who thinks she has her life planned out discovers that there are more things in this world than can be planned for. A vampire discovers that something he never believed in can change his life.

This is the final story of the First Bloods before we step into the future, and toward the Grand Destiny of the new generation of First Bloods.

What listeners say about Another Day

Loved the narration. I've read this many times but I prefer to be read to. I absolutely loved Xavier story. If you like vampires stories, you're in for a treat.

I LOVED IT, BUT WISHED A FEW THINGS WERE DIFFERENT

What made the experience of listening to Another Day the most enjoyable?

I love this author...she writes an amazing story!

That Xavier found his mate, and a few secrets were revealed!

The ending between Margo and The Pimp!

This series would make an amazing series!

I have waited for this book FOREVER!!! I love this world, and these characters....that being said....I wish it would have been narrated by Pyper Down..Pyper has all the accents own for these characters and I missed her...Natalie is good...but this book needed Pyper....I also didn't like how some of the story developed and played out...But overall I really enjoyed this installment, and cant wait for the next book to release on audio!!! This is still one of my most fave series ever, and I recommend it!!!