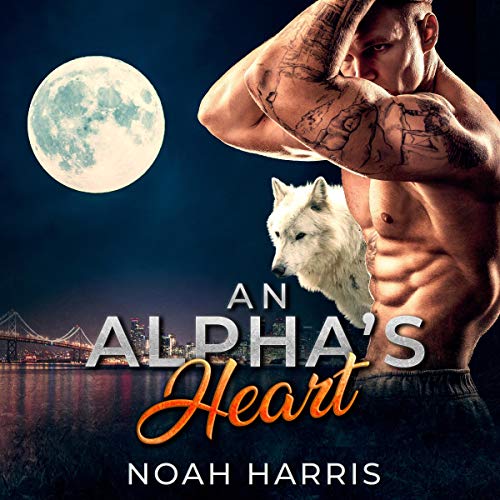 It’s one thing to live the life you’ve always dreamed, but secrets have a way of ruining everything.

Growing up rough has made Eli into the man (and wolf) he’s always wanted to be. After a life on the streets in the hardest parts of the city, Eli’s road to a place of respect in the community has been a rocky one, but one that he’s proud of.

Opening Wild Hearts Community Center with his best friend Hunter gave Eli a sense of purpose, and creating a space for youth growing up the same way he did has helped him carve out a slice of territory in the city and shelters the pack he calls family. But what makes it all worthwhile is having Hunter by his side.

But what Hunter doesn’t know is that beneath years of friendship and camaraderie, Eli is hiding from something that could tear everything they’ve worked so hard to achieve to pieces. Unaware of his friend’s deeply held secrets, Hunter is trying to live his own life, not knowing that every move he makes is breaking Eli’s heart.

Can Eli risk losing Hunter, and everything they’ve built together, or will he be strong enough to face his fears and reveal his heart. Either way, he’ll have to defend everything he’s built and hope that his heart won’t be trampled along with his dreams.

An Alpha’s Heart is a steamy and growly m/m gay romance featuring hot shifter-men working to better their community and live their own truth. This book contains adult language, sensual scenes of gay sex, and is best enjoyed by listeners over the age of 18.

What listeners say about An Alpha’s Heart

I enjoyed listening to Benjamin James.

This book kept me listening. A good twist, childhood friends, one a human and a wolf shifter.
Both men ,care and for each other. We have secrets and a kidnapping.

A great introduction to the series!

Eli has always had it rough in life uptil now, and his hard past has shaped him into the person he is today.
Opening the wild hearts community center with his bestfriend has been his life long dream, and he is happy ro to run it alongside Hunter.
But Eli has his secrets that he has kept even from Hunter. Will Eli be able to overcome his fear and reveal his feelings or risk losing Hunter forever?
This was a sweet shifter romance and I absolutely loved it. Benjamin James did a great audio delivery as well.

This may be Noah Harris's best work yet!

Eli, the alpha of the local pack, has made a life of running a community center for the local youth, and managed to do so while keeping his identity as wolf and the object of his affection a secret from his best friend. How long can he hold out? Does he have the courage to risk everything for a chance on love?

When hunter started dating a new man, he never would have guessed there would be so much tension between his best friend, Eli, and the man Hunter is seeing. What is all this about? Is Eli keeping secrets from him after all they went through together?

This may be Noah Harris’s best work yet! Each character has a unique and deep backstory and personality traits that both aid and hinder them. The steamy scenes will leave you blushing and the heartwarming tale will make you long for more!

its like the author got bored by the end of the story and the narrator is not good at all. save your money

Could Eli and Hunter be more perfect together??
I liked seeing Eli vulnerable and in love. Richard was such a nut case ,bully, and user!!! Grrr... I wish Eli would have told Hunter what Dick said about him. Truth is best! What a dramatic ending! I voluntarily listened to a free copy of this and am giving an honest review. The narrator did a great job bringing it to life.

I have read several of Mr. Harris's books and enjoy them immensely. I love audio books as well, and was so happy to be able to review an audio copy of one of his books.

First of all, the narration is great! I love the speaker. I've discovered with audio books that no matter how great a story is, if the reader of the audio material is not go the extra mile to enhance the story, the story story falls flat. Mr. James, the narrator, is an excellent story teller! He reads Mr. Harris's book in a way that creates interest.

The book itself is a great romance story. The story builds on the 'Alpha finds his mate' idea and makes it an enjoyable read that will appeal to romance story readers/listeners. Without giving much away, a reader will do himself/herself a favor by reading a story about a persistent Alpha who will do anything he has to, to keep his mate safe. But what happens when the mate is abducted after a challenge is made? The answer will keep you guessing all the way to the end.

Fun and Exciting Story with a Great Romance

Author Noah Harris is a new find for me. While this is only my second experience with his writing, I’m so happy to find the things I enjoyed in the first novel hold true for An Alpha’s Heart as well!

An Alpha’s Heart is well written. The plot is exciting and unpredictable, and there are some interesting characters in this one.

After setting up the premise and explaining the pack structures between the two rival packs, we are introduced to Eli and Hunter and their long standing (unfulfilled) romantic attraction.

Longtime best friends and coworkers, Eli and Hunter have fantastic chemistry and I enjoyed watching them together, there’s a wonderful dynamic between them. It’s easy to feel their mutual attraction, and as the tension builds... well once these two get together? Damn, they have some seriously smoking, down and dirty (and very creative) love scenes.

I’ll admit it, one of the main things that compelled me to read another novel by Noah Harris is that he writes seriously hot as hell lovin'. Though in this one, even with all the kink and passion, the emotional connection between Eli and Hunter really comes through.

Part of the story is the build up to the war between the rival Alphas, Eli and Richard. They get some great scenes together and Richard turns out to be a huge jerk. I enjoyed the tension between them, and the inevitable war is action-packed and full of lots of Harrisesque grisly details!

I absolutely loved listening to this book, Noah Harris did an amazing job with this story. Benjamin James did a great job bringing the characters to life. I highly recommend this book and can't wait to see what happens with the rest of the pack

I love the story line. . noah Harris is a true genius. with his story. he lives. his fans for more story

A amazing job done by Benjamin James! He brought this book to life and made me feel like I was in there with tbe pack!

Between Noah Harris and his mastery of words to the narration was fantastic.

great so lovely this story is fantastic awesome amazing. I enjoy reading every wonderful moment so exciting and intense passionate and lovely. definitely a great!