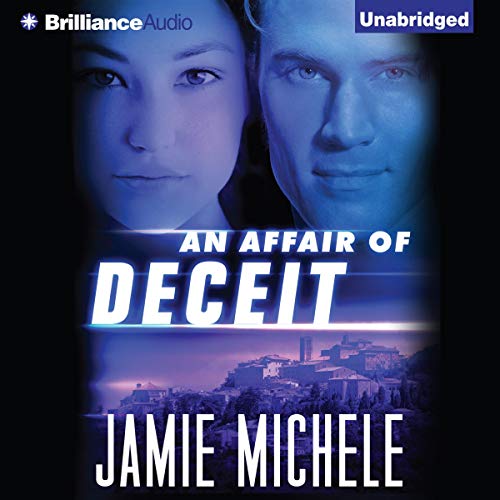 An Affair of Deceit

A father's sins. A daughter's loyalty. A lover's protection.

When a charming CIA agent shows up on her doorstep, lawyer Abigail Mason finds herself drawn into the search for a man she had written off long before - her estranged father.

Her father's caught in the agency's crosshairs, and she'll do all that she can to figure out just what he's done. Agent James Riley knew that the stubborn, tough-as-nails attorney would be a thorn in his side, but he never guessed that he'd feel an undeniable attraction to her. To keep Abigail from stumbling alone into a web of international espionage and danger, he'll need to bring her into his search and keep her close.

When a madman singles her out as the one who should pay for her father's sins, Riley will do all he can to protect the woman who's claimed his heart.

What listeners say about An Affair of Deceit