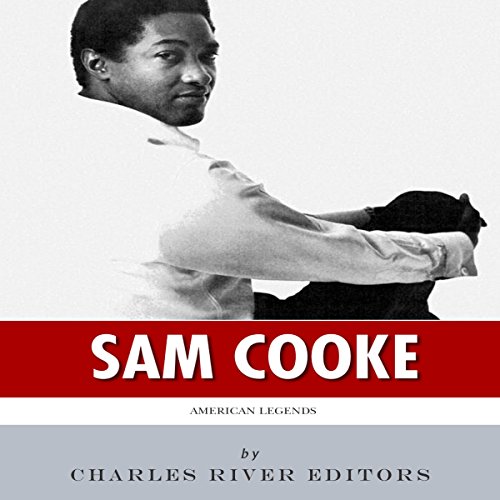 By: Charles River Editors
Narrated by: Dennis Logan
Try for £0.00

"I think the secret is really observation. Well, if you observe what's going on and try to figure out how people are thinking, I think you can always write something that people will understand." (Sam Cooke)

If Sam Cooke, one of the greatest African-American soul singers in the genre's history, had been Irish, he might have kept company with the likes of the great balladeer and classical tenor John McCormack. If he had been born Italian, he might have starred in the refined, lyrical Mozart opera roles usually reserved for those with extreme musical sensitivity. Such was the level of excellence in Cooke's inner understanding of his own voice, which was capable of exquisite classical precision and a finesse in phrasing that lay far beyond the norm. He could have prospered and attained greatness in any genre of his choice, but considering the timing of the American audience and his African-American heritage, Sam Cooke instead pioneered a new genre and became its greatest practitioner by blending Black musical traditions that incorporated all the refinement and beauty of European classical genres yet still spoke from the heart of his rural American roots.

What listeners say about American Legends: The Life of Sam Cooke

A glance at Sam Cooke's life

Sam Cooke was a truly inspirational person, despite his flaws. This book offers a quick glance into his short life - giving just enough.

The information given in this audible was great for research purposes, but the performance of the story teller was atrocious to listen too. But I got through it. It sounded at times like he was having a bowel movement. I know that’s harsh criticism but you would hope that the voice you were listening to could be more entertaining. Not to mention the mispronunciations of words. Come on man, you can’t get the name wrong on one of the biggest hits. But I still enjoyed it.

On the Life and Times of Sam Cook(e)

This is not an exhaustive study of Sam Cook’s life. However it is a fresh perspective and challenges the focus many historians have on Sam’s philandering. It shines a light on Sam’s business acumen and fall’s just short of calling him the father of pop music. It has encouraged me to read more about him and that’s what a good book should do.

A Change is Gonna Come...

American Legends: The Life of Sam Cooke by Charles River Editors and narrated by Dennis Logan is a good start for those not familiar with Cooke’s work and life. Some of the topics include; growing up, rise to fame, family life, personal life, music business, pop image vs. personal image vs. other image, racial issues, death of son, the murder of Sam (the contradictions between the stories of the killers, lack of police investigations, etc.), his wife remarrying soon after his death, and his funeral.
The narrator was OK, felt rushed in the beginning. Overall I’d recommend for those looking to learn more about Sam’s life. If you are knowledge on the subject, you likely won’t find anything new but could be a good refresher.