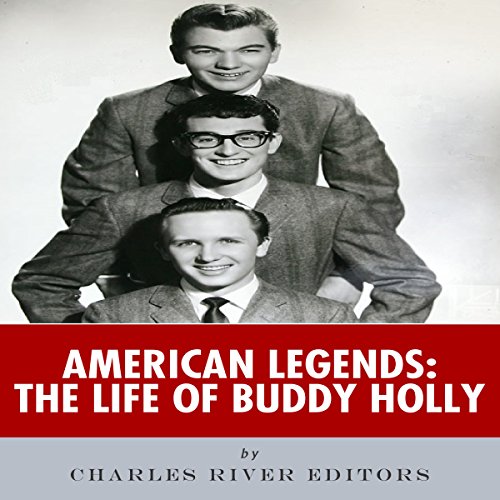 At the time of Buddy Holly's birth in 1936, in Lubbock Texas, rock music and its various hybrid genres were in early infancy. Signs of rock's future magnitude would soon be seen in the sexual charisma of the young Elvis Presley, the rhythm and passion of Chuck Berry, the riveting musical dialogues of Little Richard, and the raw virtuosity of Jerry Lee Lewis. Even then, however, no one yet knew what a rock star really was, and who could become one. Viewed in that light, observers of the time must have thought it fantastical that a nerdy boy-next-door, wearing bow ties and thick, dark horn-rimmed glasses, would consider such a climb into the rarified air of the traditionally-accepted stage performer, with a charisma not to be found in daily life.

Holly did not immediately seek out a niche to occupy, but studied, tweaked, experimented, and grew constantly in the areas of sound, arrangement, orchestration, unique lyrics and technology to become the "most progressive rock and roll star of the 50s." He attracted an audience of kindred spirits with the affable "boy next door charm" to become "one of rock 'n' roll's founding fathers." Along the way, he contributed his own gifts as a visionary, in the same way that Presley did, by conveying through his music, whatever the setting, "the wide-open spaces of Texas." In addition, he altered the rock music industry in such a way that performing artists could also become self-arrangers and songwriters. Holly was, in fact, an artist whose career sustained itself almost entirely on original songs, an act of courage in the rock industry, and he has been singled out as one of the two greatest songwriters of his era, the other being Chuck Berry.

While Holly is frequently given the credit he deserves, he is probably best remembered for the tragic plane crash that killed him when he was still just 22.

What listeners say about American Legends: The Life of Buddy Holly