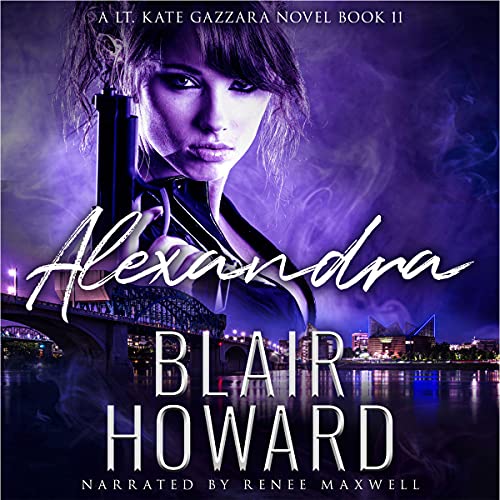 By: Blair Howard
Narrated by: Renee Maxwell
Try for £0.00

What would you do if somebody murdered your daughter?

Alexandra Meyer is 16, from a wealthy family and enrolled in a private school.

It's Kate Gazzara's first day on the job as a detective, and she has a new partner. One with an attitude and a past.

Investigating a murder solo is one thing, joining forces with a partner, as a new female homicide detective is a whole new level of complicated.

When the death of a second rich girl is reported, the game is on to catch the killer. Are the murders the work of a serial killer, or has a green-eyed monster reared its head?

Can Kate and her new partner put their differences aside to work the case together and catch a murderer?

What listeners say about Alexandra

I was expecting the timeline to be right after the previous book. Instead it took us back to Kate's first case as a detective and when she met Harry Starke. Complicated plot that I never came close to figuring out.

As usual Renee Maxwell is the perfect Kate.