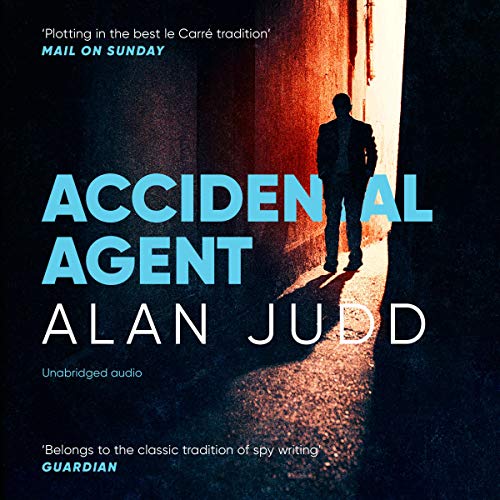 Brexit looms, and Charles Thoroughgood, Chief of MI6, is forbidden for political reasons from spying on the EU. But when an EU official volunteers the EU’s negotiating bottom lines to one of his officers, Charles has to report it.

Whitehall is eager for more, but as the case develops, Charles realises that it may not be quite what it appears. At the same time, he finds he has a family connection with a possible terrorist whom MI5 want checked out. In both cases, Charles is forced to become his own agent, seeking what he really does not want to find.

Authoritative and packed with in-depth knowledge, Accidental Agent is a gripping new spy thriller from a master of the genre.

"Plotting in the best le Carré tradition." (Mail on Sunday)

"Belongs to the classic tradition of spy writing." (Guardian)

What listeners say about Accidental Agent

Excellent thriller read by wonderful Sean Barrett, highly recommend for a car journey or some such

The main plot is Brexit related with the sub - plot connected to potential religious extremism so it's bang up to date in terms of what's relevant today. All that's missing is a splash of Covid 19 intrigue and we'd have the paranoia hat - trick.
The novel is excellent on spook street departmental politics, jealousies, rivalries and the draining exasperation of modern bureaucratic requirements on our seasoned 'C'.
Ultimately, despite a few close to home coincidences, some less than clandestine lunches in Brussels that would surely have been noted and a neat but not entirely convincing denouement, 'The Accidental Agent' is a compelling listen made all the better by the excellent Sean Barrett on narrating duties.