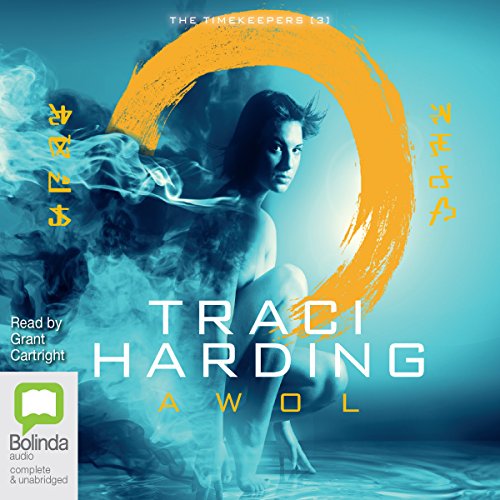 The timekeepers return to the Astro-Marine Institute Explorer (AMIE) to stop their nemesis from interfering with the departure of an otherworldly being currently residing on Oceane. They agree to regroup one week before the interference is due to take place - but one team member seems to be taking an unofficial detour.

An opportunity to prevent the incident altogether arises four years before the rendezvous. But to revisit this instance would be seen as a betrayal to many of the timekeepers and set them at war with one another.

To end all the ancient curses at the route of the disputes between star systems, to pave the way for psychic freedom and achieve AMIE's primary objective, one team member will break the principal rule of timekeeping and quantum jump into their history alone.

"The kind of genre-blending book that has won Harding so many avid readers." ( Books + Publishing)

All I can do is stand to appluad. Thank you so much, Traci. This journey has been a wonderous one. From the dark ages to the completion of the Timekeepers in a Universe Parallel you have taken myself, and many others, on a journey of discovery and adventure. All good things come to an end, but new beginnings spring forth. I, we, very much look forward to new adventures to share on a ride through your marvelous imagination and soul connection.

Through your works, many have become more aquaited with their source and the TRUE understanding of our connected oneness. Blessed be, Traci, and again, thank you!