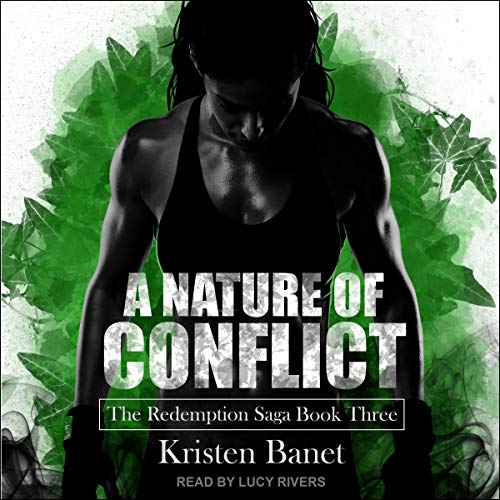 A Nature of Conflict

By: Kristen Banet
Narrated by: Lucy Rivers
Try for £0.00

Sawyer Matthews is a retired and presumed-dead assassin. Ripped from her life of shadows and secrets, she's decided to gamble it all and accept a new chapter in her life - one that may lead to a brighter future.

With her first case over and budding relationships with some of her teammates, Sawyer finds herself feeling more secure. Sawyer's found a place on the team, and wants to keep it, no matter the struggles that come from it.

It should have been a standard, mundane trip to New York, and the base of operations for the IMPO and the WMC. Conflict ensues when political intrigue, hot tempers, and old grudges land the team in trouble with those who would see Sawyer fail.

The team will need to fight to stay together.

What listeners say about A Nature of Conflict

On the edge of my seat the whole time!

I adore this series and can't believe I hadn't read/listened to it before! Book 3, A Nature of Conflict, was my favorite yet! We get to see some amazing progress in this book regarding the team but they suffer some incredible setbacks that not all will recover 100% from.

This story had me on the edge of my seat the whole time!!! The conflict the team is thrust into is amazingly horrifying. The descriptions that are included made me feel like I was there. The narration enhanced it and I couldn't help but get teary-eyed when some of the really sad stuff happened. Gut wrenching. Provocative. That is what how I would describe the team's adventure in the Amazon. I loved seeing the new member of the team (I was hoping we would get one after Sawyer lost so much with Midnight) and we finally get to see Sawyer break down one of the guys walls and they take the next step as a couple. There were so many "aww" moments and tension filled moments, it made me so happy I would squeal! I couldn't believe how fantastic Lucy Rivers did with her accents in this book. I could ignore the Elijah accent because she did amazingly with the Druids and the Russian Magi, as well as the other new characters (the IMAS men and women) and the locals of the Amazon. I was extremely happy with my purchase and cannot wait for Book 4 on audio!!!

I am reading book 4 now (since the last book released last week) and I just can't wait for this series to be on audio, I have to know what happened with Sawyer and her men, Sawyer and her new bond, and with the IMPO, IMAS, and the team.

Can’t wait for the next book!

This is one of my favorite series. I read them as soon as they came out and was sad when the series was finished but then was super excited to see them in audible. But where are the rest?! Lucy reads or narrates a little slow for my taste but I’ve found that if I listen at 1.25 speed it’s great.

Loved this, was happy to get to learn more about druids and Quinn's story. I cannot wait for the next one!

I absolutely love this series and the complicated story lines that evolve as the story goes on. This book had so much suspense and things that you could never expect.

Lucy Rivers takes on a large challenge with a huge cast of characters. I am so hooked and I need the next books on audible ASAP!!

My favorite book in the series

This is the book I continue to come back to in the series. No matter. It is my absolute favorite and I am so glad it made the cut, but I would love for the rest of the books to be made as I LOVE the series and the ending is spectacular.

My Favorite Read in the Last Year

I could not function or sleep, due to the fact that I was completely enamored with this book! I listened for at least 10 hours straight each weekend day; it was that good! Kristen Banet has some serious skill with creating a story and world! I cannot wait for the next book to come to audio; I'll be crossing my fingers I don't have to wait long! I have not devoured a series this quickly in so long, and I don't think I'll find such an exceptional series to replace it! It was outstanding!