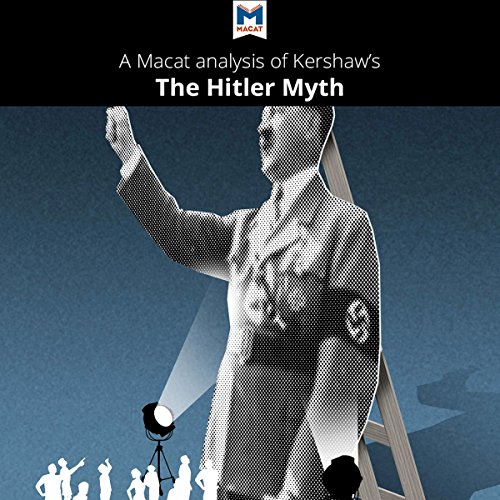 A Macat Analysis of Ian Kershaw's The "Hitler Myth": Image and Reality in the Third Reich

A Macat Analysis of Ian Kershaw's The "Hitler Myth": Image and Reality in the Third Reich

By: Helen Roche
Narrated by: Macat.com

First published in Germany in 1980, British historian Ian Kershaw's The "Hitler Myth" is recognized as one of the most important books ever written about Adolf Hitler and the Nazi State. Kershaw wanted to focus on what he called the "history of everyday life", and so investigated the attitude of the German public to Hitler at the time, rather than looking at the dictator from the perspective of those in positions of power. He was intrigued to find out how someone like Hitler could have become such a powerful figure during his rise, and why so many Germans appeared to permit the brutality of the Nazi regime.

Kershaw's work popularized the concept of the "Hitler myth" and his book was published in numerous editions and translated into many different languages. It has proved to be a useful tool for analyzing not only the Nazis, but also other movements or regimes with similar leadership cults, such as the Stalin-era Soviet Union.

Pointless just like the summary of sapiens. Too much wasted time with introducing each chapter