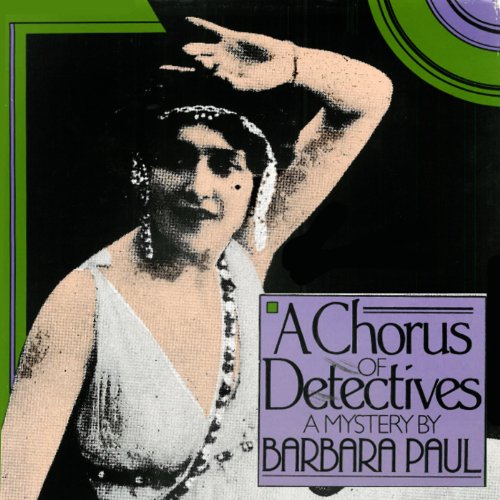 A Chorus of Detectives

A Chorus of Detectives

Christmas season at the Metropolitan Opera in 1920 features Enrico Caruso and Geraldine Farrar in a varied schedule of mostly Italian operas. For members of the Metropolitan chorus, however, the season's main feature is danger. An urn falls on the head of a soprano chorister in Samson and Delilah; a tenor from the chorus is found hanged in a dressing room before the evening's performance of Mefistofele; in I Pagliacci, a trapdoor drops open and three singers fall through.

Several people come under suspicion: Giulio Setti, chorus master from Milan, whose career rides on the success of the season; general manager Giulio Gatti-Casezza and his assistant Edward Ziegler, both of whom must negotiate the chorus's demands for more money; and Alessandro Quaglia, conducting for his second year and still in the shadow of the great Toscanini. Although Caruso and Farrar begin an investigation of their own, more deaths occur. Caruso sings La Juive on Christmas Eve (his last performance), the stars arrange an elaborate trap, and the killer is unmasked.