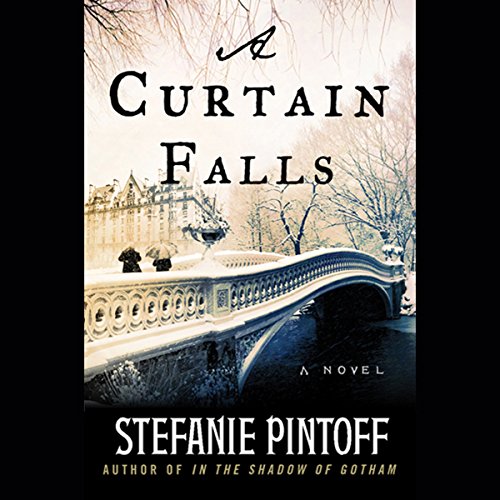 The careers of New York City detective Simon Ziele and his former partner Captain Declan Mulvaney went in remarkably different directions after the tragic death of Ziele's fiancee in the 1904 General Slocum ferry disaster. Although both men were earmarked for much bigger things, Ziele moved to Dobson, a small town north of the city, to escape the violence, and Mulvaney buried himself even deeper, agreeing to head up the precinct in the most crime-ridden area in the city.

Yet with all of the detectives and resources at Mulvaney's disposal, a particularly puzzling crime compels him to look for someone he can trust absolutely.

When a chorus girl is found dead on a Broadway stage dressed in the leading lady's costume, there are no signs of violence, no cuts, no bruises, no marks at all. If pressed, the coroner would call it a suicide, but then that would make her the second girl to turn up dead in such a manner in the last few weeks. And the news of a possible serial killer would be potentially disastrous to the burgeoning theater world, not to mention the citizens of New York.

Following on the heels of Stefanie Pintoff's acclaimed and award-winning debut, A Curtain Falls is a moody and evocative tale that follows Ziele and his partners as they scour the dark streetsof early-20th-century New York in search of a true fiend.

the story was well woven and non-formulaic for most mystery/thrillers and pulled in the flavor of New York at the turn of the century along with some of the theater culture of that time... really enjoyed it!

A great read. Well narrated. I would recommend this a s good book. Thanks to Audible for having this in store.

I felt the story was really slow moving so I had to work hard to keep my attention focused.

Would you be willing to try another book from Stefanie Pintoff? Why or why not?

Lots of interesting and well researched detail regarding old New York. The story was therefore quite atmospheric. Guess it just was not my cup of tea.