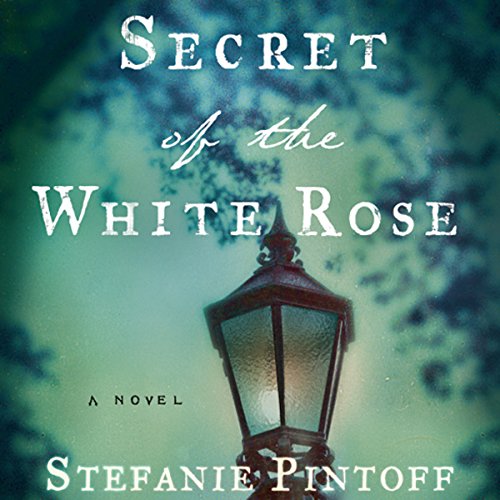 Secret of the White Rose

Secret of the White Rose

The murder of Judge Hugo Jackson is out of Detective Simon Ziele's jurisdiction in more ways than one. For one, its high-profile enough to command the attention of the notorious new police commissioner, since Judge Jackson was presiding over the sensational trial of Al Drayson. Drayson, an anarchist, set off a bomb at a Carnegie family wedding, but instead of killing millionaires, it killed passersby, including a child. The dramatic trial has captured the full attention of 1906 New York City.

Furthermore, Simons assigned precinct on Manhattan's West Side includes the gritty Tenderloin but not the tonier Gramercy Park, which is where the judge is found in his locked town house with his throat slashed on the night before the jury is set to deliberate. But his widow insists on calling her husband's old classmate criminologist, Alistair Sinclair, who in turn enlists Ziele's help. Together they must steer Sinclair's unorthodox methods past a police force that is so focused on rounding up Drayson's supporters that they’ve all but rejected any other possibilities.

Once again, Stefanie Pintoff’'s combination of vital characters and a fascinating case set amongst the sometimes brutal and sometimes glittering history of turn-of-the-century New York makes for totally compelling reading in Secret of the White Rose, the third novel in her Edgar Award-winning series.

“Edgar-winner Pintoff proves with her third historical that she’s the equal of Caleb Carr….The author couples spot-on period details with her most sophisticated plot yet.” (Publisher's Weekly)

Writing this review on Labor Day seems particularly appropriate, since this mystery takes us back to a dark period of NYC history (think "Gangs of New York") when labor unrest reached desperate and violent heights. Those active in the labor movement of the time were generally reviled as "anarchists" by the press and, as the movement's pleas were ignored, it often fell under the sway of its most radical proponents--individuals who advocated violence even at the cost of the lives of innocent bystanders who may very well have been in the class the movement sought to protect. Against this backdrop, Pintoff sets a story of serial killings, each leaving behind bizarre, yet tantalizing clues.

What disappointed you about Secret of the White Rose?

There's something about mystery books when we, who are reading or listening (in this case) are able to understand something the character doesn't. It might be some clue left there by the writer to build the mystery tight, in which case we're able to guess before the sleuth does, or construct theories in our head to explain the mystery.
Then there's the other type. When something is so obvious you have to wait for page after page until the character adds two and two and understands and acts accordingly. Sometimes the wait is unbearable.
The Secret of the White Rose is full of the second type situations.

The is the historic novel syndrome.
Pintoff works hard to setup the time, working in describing every detail of New York in the early 20th Century. But it never feels like the characters live in that city, it feels as if they were describing it to readers in the 21th. Let me make my point. There's a careful description of signature places in the city at that time. A description that sometimes borders into a Lonely Planet guide for time travel. The main character seems to pick always the most representative places of the city to eat, drink, spend the afternoon or make appointments, just like a tourist visiting the main spots in the city to take a picture and bring it home to prove he was there.

The setting is very interesting for a mystery. We're talking about a city growing with migration. In the chaos produced by the anarchist bombings, one of the first terrorist threats in New York. Police is corrupt. Criminology is regarded at best with suspicion.
Police work is regarded almost with brute force. Ergo, its a very unlikely place for a procedural to happen.

In certain ways it reminded me those two early good efforts by Caleb Carr: The Alienist and The Angel of Darkness. There he's able to convey the procedural approach as a whim by a clever professor. Looking upon it with psychology in mind. Both are serial killer novels, that use the time as atmosphere and a setting of chaos an shadows. Pintoffs New York never feels real.


What could Stefanie Pintoff have done to make this a more enjoyable book for you?

Editing. This novel had at least 100 pages in excess. You don't create a city by describing its main spots, its better if you recreate the mindset of the time. The psychology of the characters. How would a person living in that New York see their city. The reader should adapt himself to the characters point of view and not the other way around.

Would you listen to another book narrated by Joe Barrett?

Maybe. I would try an excerpt. His voice and acting was good. But sometimes the audio editing of the book didn't help him. So a dialogue was cut in half and his acting and voice would change from half the line into the other. That was confusing.

What character would you cut from Secret of the White Rose?

That's not the problem. Even the too modern and clever to be true Alistair belongs there.

Superb historical whodunit with an eerie relevance to present events. Must not miss this one .