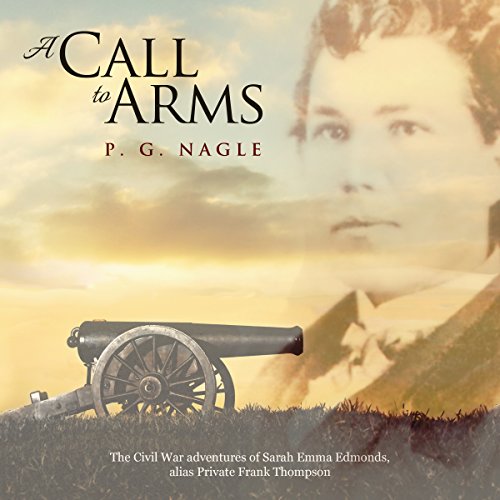 A Call to Arms

1861: As America erupts into civil war, Emma Edmonds is roused to such intense patriotism that she joins the Union army...as a man. Raised on a farm by a father who would have preferred a son, Emma can ride, shoot, and hunt as well as any man. She defies convention to become a soldier, an army nurse, even a spy. Dangers surround her, from enemy fire in battle to the risk of discovery by her friends, which would end in court-martial and disgrace.

Always she seeks to reconcile the necessity of deception with her deeply held values, but her greatest challenge arises when her friendship with a fellow-soldier becomes so close that she is tempted to confess the truth and risk everything for a chance at love. Based on the true adventures of Sarah Emma Edmonds, who served for two years in the 2nd Michigan Volunteers as Private Frank Thompson.

What listeners say about A Call to Arms