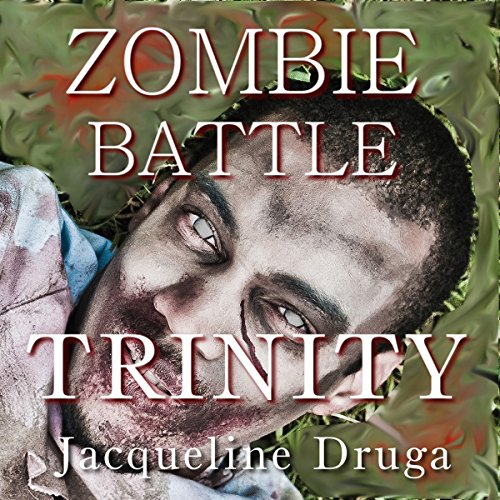 By: Jacqueline Druga
Narrated by: Andrew B. Wehrlen

A mysterious virus emerges after a meteor lands near a remote village in Peru. Authorities brought in to investigate discover the horrific virus not only kills but reanimates its victims, turning them into the walking dead.

Believing they have contained the outbreak, samples of the contagion are brought to the United States via infected military and other victims. The virus breaks boundaries and the infection spreads, initiating the ground invasion of the War against the Undead.

The war begins as the numbers of the undead increase and civil unrest begins. The fate of the world hangs in the balance as it is not only man against the undead, but man against man.

I wish I could think of anyone who would enjoy this book...

Would you ever listen to anything by Jacqueline Druga again?

What didn’t you like about Andrew B. Wehrlen’s performance?

I'm sure he did the best he could with the dialog, story and characters but the voices were almost annoying...

If you could play editor, what scene or scenes would you have cut from Zombie Battle: Trinity?

I have read and listened to many zombie books. This is the first and only one I can not find something positive about...I wish I could but I can't...

Don't waist your time or money.

YES!!! How the narrator reads the story.

Delivery is "staccato" and broken. I think the narrator was attempting a type of dramatic affect, which turns out somewhat annoying.

The pace and direction. I have to be honest, I've only listened to 69% of the story. I can't help but stopping after a while because of 'how' it's being read.

Would you be willing to try another one of Andrew B. Wehrlen’s performances?

If he reads in all his performance this way, probably not. He is too phonetic on how he reads words. It doesn't sound natural.

Do you think Zombie Battle: Trinity needs a follow-up book? Why or why not?

What would have made Zombie Battle: Trinity better?

An editor, a plot, anything original and something exciting

Would you recommend Zombie Battle: Trinity to your friends? Why or why not?

Nope. There are many better Zombie novels

Would you be willing to try another one of Andrew B. Wehrlen’s performances?

Nope. He sounds as if he is seeing the material for the first time and isn't sure where the sentences break or end

If you could play editor, what scene or scenes would you have cut from Zombie Battle: Trinity?

It's not that difficult to write better material. The waste of time saddens me.