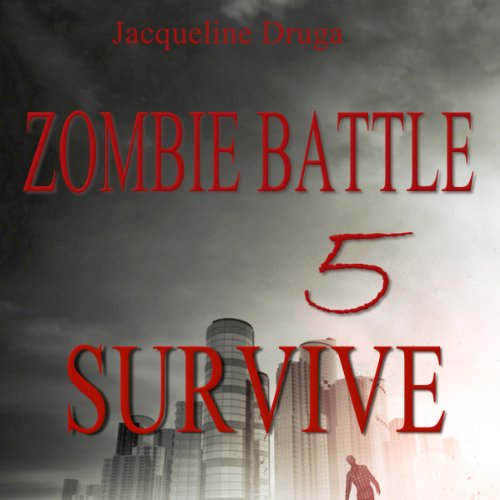 By: Jacqueline Druga
Narrated by: Andrew B. Wehrlen

A mysterious virus emerges after a meteor lands near a remote village in Peru. Authorities brought in to investigate discover that the horrific virus not only kills, but reanimates its victims, turning them into the walking dead.

Believing they have contained the outbreak, samples of the contagion are brought to the United States via infected military and other victims. The virus breaks boundaries and the infection spreads.

Across America the war rages as the number of undead mount and humans are not the only things infected. Nowhere is safe.

Jack Edwards searches for his wife in a world strewn with undead, while trying to help Dr. Saul Klein escape Cleveland. Both men possess a powerful element that can help ensure the continuity of the human race. But will Jack or Saul be able to implement a plan to save mankind before time runs out? The undead outnumber the living and the clock is ticking.

What listeners say about Zombie Battle 5