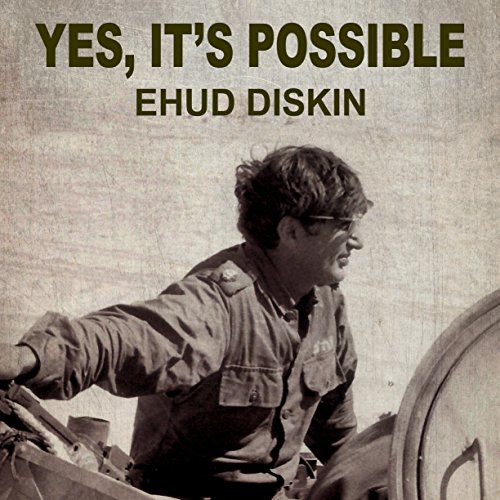 By: Ehud Diskin
Narrated by: Shlomo Zacks
Try for £0.00

Ehud Diskin's mother wanted him to play it safe when he was drafted into the Israel Defense Forces. Instead, he volunteered for one of the IDF's most dangerous assignments in a move that altered the course of his life.

In Yes, It's Possible, a compelling new translation of his Hebrew memoir, Diskin recounts his fascinating and tumultuous life story growing up and maturing alongside the State of Israel.

The son of a family with deep roots in Israel, Diskin is a member of Israel's statehood generation, whose first memories are of the War of Independence. These children were later called upon to physically defend Israel's existence and sovereignty. Diskin served as a commander in the Armored Corps during the War of Attrition, Yom Kippur War, and later in the Planning Division of the IDF. He eventually reached the rank of colonel.

Yes, It's Possible is full of captivating stories, funny anecdotes, and nostalgia for the little Israel of bygone days, along with the penetrating human insights of a sharp and successful businessman.

What listeners say about Yes, It's Possible

i struggle to finish the book. wish I listen to preview before bought the book