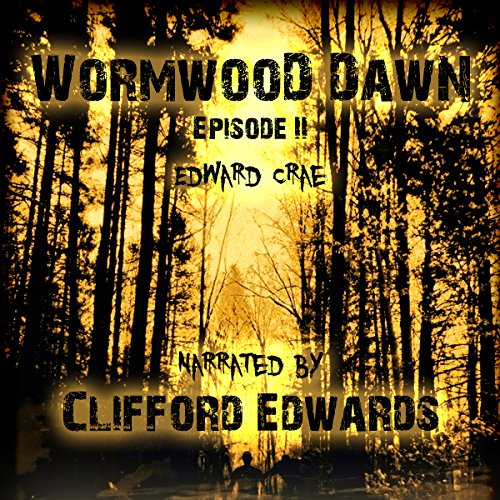 Dan and Drew continue their quest for survival in the chaotic new world. Having gained a little more knowledge and weaponry, the two strike out to prepare for the coming winter and secure their base of operations. In the process, they discover a few frightening things about the former occupants of their neighborhood and the surprising existence of another person who has faced the apocalypse with a startling indifference.

Communicating via the bulletin board system, Dan meets another survivor not far away who would make a valuable third addition to their little group. His knowledge of obscure things, and seeming preparedness, leads Dan to believe that he is needed. Deciding to scoop him up in an impromptu rescue mission, the two travel north. Along the way, they discover the desolation that has been left by not only the infection, but an ongoing conflict between a paramilitary group and the surviving US Armed Forces.

As the world continues to crumble around them, new challenges and shocking discoveries will test their strength and unity. Only by teaming up with their new ally, and making it safely back home, can Dan and Drew hope to survive.

Dan and Drew are back!! They are running out of supplies so have to go out and forage. During this time they see just how bad things are in the outside. They also get a shocking surprise from a neighbour.

The duo that is Dan and Drew just have a way of crawling under your skin!! They are the unlikeliest heroes but one you can't help but love. Then they end up creating a trio instead of a duo, and I for one, am really looking forward to seeing how these 3 gel.

This serial is so good. Its action packed and at times very witty. It's the type of book where you sit down to read a bit but when you look up an hour is gone by!! I love diving back into the world the author has created and so look forward to more.

Clifford Edwards did an amazing job with the voices he used. He has quite a selection of them!! So why 4 stars instead of 5, well it's the production quality. The overall sound was very echoey and quite distracting. It was the same in book 1, which is a shame because these books and narrator are really good! Let's hope the sound quality gets better. :)

Episode 2 to Wormwood Dawn was excellent and kept me just as engrossed as Episode 1. I highly recommend this series. The time flew by when I was listening to this book. My sole complaint is again the length. It seems as if I just start listening to it and it is over. The narrator is doing a great job, despite the tinniness in the audio, as I stated in my earlier review, the book is just that good that I quickly forget about it. Disclaimer: I was provided a copy of this book for a honest review, and if you look at my reviews, I am brutally honest. Jake is a new character and his voice seems a bit Mike Tysonish (don't believe thats a word, but I am sticking with it!) as he is a huge strapping guy with a voice that doesn't match in my mind.

I am glad I stumbled upon Edward Crae. I am anxiously awaiting another installment and as much as I love Audible books, I have already went to Amazon and put the next installment in my shopping cart. Happy Reading!

Would you consider the audio edition of Wormwood Dawn, Episode II to be better than the print version?

The narration part that sounds like they are in a hollow can is still annoying. But because of the range of the narrator for different characters it does make up for it. I am enjoying all the different voices the narrator is bringing to the story.

What does Clifford Edwards bring to the story that you wouldn’t experience if you just read the book?

Definitely bringing the different characters to life with his range of voices.

Nothing extreme, but it does make you wonder what you will do when you are put in that situation.

The second chapter bring us along on Dan and Drew fight to survive the zombie apocalypse. What's exciting about this chapter is there are new mystery creatures that is not a zombie. Definitely perking my interest to find out what created them.

Would you consider the audio edition of Wormwood Dawn, Episode II to be better than the print version?

I haven't personally read the book, but the narration always adds another dimension to a story. Because they put so much into the acting. There is a lot of work gone into this and it's obvious. :)

What other book might you compare Wormwood Dawn, Episode II to and why?

I'm not a huge zombie reader, so can't really compare, I do however like the Dawn of the Dead movies, and Shaun of the Dead, which is the more comedic version. I defo love the comedy side of this, and the eery side. It's not quite zombies, but mutations as well, so it adds that extra layer, which is horrid and gruesome, but fascinating as well.

What does Clifford Edwards bring to the story that you wouldn’t experience if you just read the book?

The humour, Dan's inner dialogue can be so brilliant. Like you're thinking it, but Clifford delivers perfectly.

I'm not so sure 'moved' is the right term, but there are plenty of 'egggh' and 'yuk' moments, described very well and given just the right tone in delivery that you really do feel utter sick by the gruesome monsters in this story.

Nope, reserving it for the third :)

Just as good as the first one!

I enjoyed this book as much as I did the first one. Narration was excellent, and there were several funny parts in it too. (Example- In one part, the narrator said something to the effect of "her breasts were flapping back and forth against her chest like pancakes" HAHAHA I was ROFL)

I highly recommend this series!
This audiobook was provided by the author, narrator, or publisher at no cost in exchange
for an unbiased review courtesy of Audiobook Blast.

I have very much enjoyed this series thus far. It's a unique spin on the Apocalypse story-line. Keep them coming!

it's better to start off with book one, this way u get to know the main characters Dan and Drew. this book starts were the last left. I really enjoyed the narration. C. Edwards really gets into it.

Would you listen to Wormwood Dawn, Episode II again? Why?

What was one of the most memorable moments of Wormwood Dawn, Episode II?

The Search...near the end...the guys barely made it!

If you could rename Wormwood Dawn, Episode II, what would you call it?

no need to rename it!

Dan and Drew add a new guy to there crew..Jake! Not before they discover a serial killer in there neighborhood and get a dog! This was an exciting 2nd book in this little series and I cant wait for #3!!

2 THUMBS UP AND A RECOMMEND!!!

I love this post-apocalyptic series, not the usual take on it. The characters Drew and Dan are great, they are humorous and crazy, very fun listen. But still too short, wanted it to continue. Can’t wait until the next. Wish the series was in one long listen book. This audiobook was provided by the author, narrator, or publisher at no cost in exchange for an unbiased review courtesy of Audiobook Blast. Thanks

Two men against an ever-changing world

Dan and Drew, the unlikely duo, are out trying to survive. They are comfortable, but they are running out of food and booze, so they decide to go out on some supply runs. Things aren't looking good when they hear gunshots near the house. Wormwood Dawn: Episode Two will have you along for the ride while these two try and rescue neighbors and new friends alike.

Narration for this (and the rest of the Wormwood Dawn series) was done by Clifford Edwards. Clifford has the perfect voice for this. He voices the perfect deep, dark, and definitely libertarian voices. It's just so incredibly fitting for these books. Once again the awesome effects were present in this audiobook, news reports sound like they're on a TV. He voices the crazy old woman that the men go "rescue" in a funny female rendition. The sound quality is still lacking a little bit here, but I've been told that Episode III is going to be much better. The quality takes nothing away from the narration of this story at all.

Wow, well this story has some teeth. If the first episode was a marathon, this story is a sprint. There is no "getting to know" in this, from sentence one this story is full of action. Dan and Drew are really fun to listen to and follow in this story. They are no like anyone that I know, and I still feel like I know the duo really well. I chalk that up to the incredible writing that Crae does for these books. Every page, every second has me glued to my seat wondering what on earth could happen next. This episode is a top-speed dragster run from 0-120 in less than 5 seconds. Just pure craziness going on in this book. And I loved every second of it.

I know that there are at least a few more in this episodic series, but, hearing how well Edwards narrates them, I've been spoiled. Even though I want to know what happens to these guys, I need to hear it. The combination of Crae's fast-paced writing and Edwards' quick tongue has me chomping at the bits for the next book to be released.

Want to see more reviews like this? Check out my blog: books.beergodblog DOT com