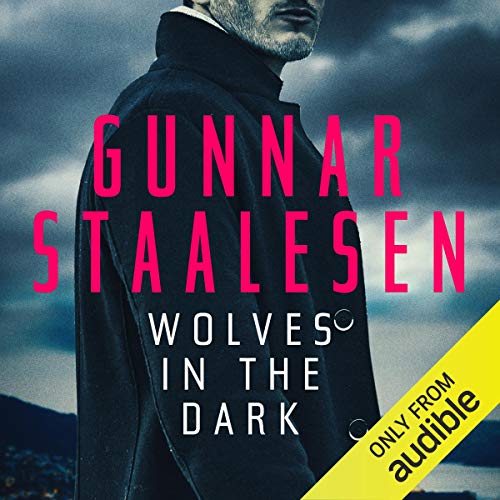 Wolves in the Dark

By: Gunnar Staalesen
Narrated by: Colin Mace
Try for £0.00

Reeling from the death of his great love, Karin, Varg Veum's life has descended into a self-destructive spiral of alcohol, lust, grief and blackouts. When traces of child pornography are found on his computer, he's accused of being part of a paedophile ring and thrown into a prison cell.

There, he struggles to sift through his past to work out who is responsible for planting the material...and who is seeking the ultimate revenge. When a chance to escape presents itself, Varg finds himself on the run in his hometown of Bergen.

With the clock ticking and the police on his tail, Varg takes on his hardest - and most personal - case yet.

Chilling, shocking and exceptionally gripping, Wolves in the Dark reaffirms Gunnar Staalesen as one of the world's foremost thriller writers.

What listeners say about Wolves in the Dark

I won't listen to another in this series. The plots are tiresome - a private eye in Denmark sleuthing, oh-so-slowly, not interesting cases.