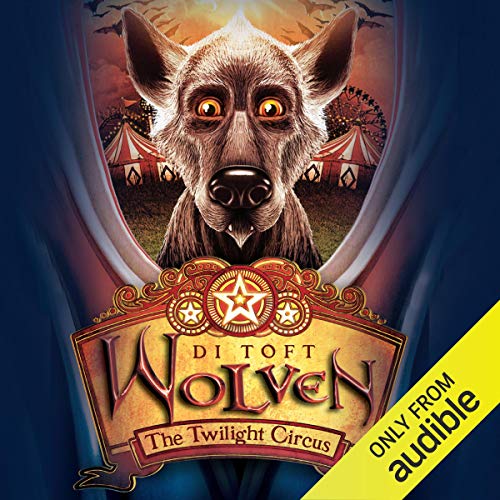 Nat Carver and Woody, his hairy shape-shifting friend, have escaped from barking-mad werewolves and scientists - and joined the Twilight Circus of Illusion. But the boys are far from safe.Soon they’re caught up in a terrifying new mission against an evil black widow vampire...

I love the part where woody and Nat escaped from the mosquitoes! All my family have enjoyed this book.

Would you consider the audio edition of Wolven: The Twilight Circus to be better than the print version?

Tom Lawrence's performance enhanced the story immensely. His ability to provide distinct voice characterizations for each character made the story feel vivid and real.

What was one of the most memorable moments of Wolven: The Twilight Circus?

From the point when Nat confronted the Vampire Queen through to the end of the conflict between the wolves and the vamps, I couldn't stop listening. The story drove forward and I had to find out what happened next!

Have you listened to any of Tom Lawrence’s other performances before? How does this one compare?

I'm really happy that the same narrator performed the other two parts of Di Toft's Wolven trilogy, because the sustained, consistent voice characterizations helped knit the three books into a larger whole. Excellent voice work across the series!

Woody's insistence on telling bad jokes in tight spots provided delightful tension-breakers that kept the story from being too frightening for younger readers. I did laugh out loud and even re-told one of Woody's howlers the next day!

The story deals, on the surface, with Nat's concerns about his emerging wolven traits, Woody's search for his clan, Crimson's desire to remain relevant and significant, and the supernatural battle with the vampires. But on a deeper level it deals with concerns about identity, status, and young people's need for the security and love that friends and family provide. Children as young as 9 or 10 could enjoy this book, I think, but anyone from 12 to 20 (and beyond) will find himself able to relate to these characters. Di Toft has done a marvelous job of using a fast-paced, thrilling fantasy tale to explore genuine issues of adolescence and young adulthood.