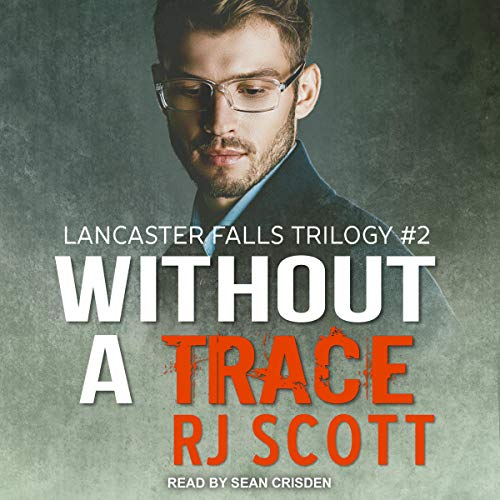 Losing his brother has shaped Drew to become the man he is today - heartbroken, alone, but determined to make a difference in the world. Joining the military, fighting battles in places that he's never even heard of, is his attempt to make amends for telling his brother to go to hell. After his brother disappeared, he'd clung to the hope Casey was out there living his life. Of course, he'd be furious at Drew, and probably hate his brother, but at least in Drew's head, Casey was safe.

One call changes everything. Coming home to Lancaster Falls to bury his brother is a nightmare made real, and Drew has nowhere to run from the pain.

Logan has made a home in Lancaster Falls. As a police officer, he plays by the rules, and he would never think of working off-the-grid. All that changes when an anonymous tip crosses his desk, and he is thrust headlong into solving a 100-year mystery that could be connected with the modern day death of Casey McGuire. Fighting an attraction to Casey's brother is hard enough, but the infuriating man is there at Logan's every turn, interfering with the case, breaking the rules, and demanding that Casey's story be heard.

What listeners say about Without a Trace

I enjoyed listening to the second part of this series. It is an intriguing mystery with the addition of new characters that enhance the mystery.

The romance in this series is great, but it very much takes second place to the superb mystery going on.
I read the book and was enthralled, add in Sean Crisden’s narrative and it just becomes something else.
I have book 3 all ready to load and...well...I can’t wait!

Interesting story of a soldier and the police forc

A tragic death mystery and trying to discover who did the murder and interlaced with love, its different to R j Scotts story's.

I have been waiting with baited breath for this release since the moment 'what lies beneath' finished and I was definitely not disappointed! be warned this is not a stand alone and the over arching story running from book one still remains unresolved.
this was everything I wanted it to be, i listened to it in one sitting it was that good. it was suspenseful, things happened I didn't see coming,I have been left questioning the motives of different characters in the best way (mostly jumping up and down on the spot grumbling I think you had something to do with it, then be forced to change my mind!)
the world building remains so solid I can close my eyes and see Lancaster falls. you can almost smell the storm in the air and the dust around Iron Lake. RJ Scott you simply blow me away!
I loved our MC's for book 2, Logan and Drew were so different from Sawyer and Chris from Book 1, they are complicated guys who both struggle with having served their country and trying to see where they now fit in the world - especially Drew, his world is a black hole, his grief and anger are overwhelming and Logan is a lifeline he never saw coming and doesn't really now what to do with. When they come together they are incenduary! soooo hot !
Sean is an incredible narrator, there are MANY characters in this book, some new some reoccurring from book one and he gave each a unique voice. I never had trouble understanding who was speaking and he bought this book to life - this was not a case of simply reading the words, as always you got a performance! fantastic job!
This is a dynamite combination, do yourself a favour and grab book one first, then enjoy the hell out of this one too! xx

Normally I don’t like cliffhangers, but this one was so worth it! It made me sad, made the hair on the back of my neck stand up, and made me laugh! I did not see that coming. The ending revolves around the ongoing mystery, not the HEA, which I was happy about. The mystery should go on, because it’s not easily solved. But when a romance is left hanging, it just seems contrived.

I did what I did at the end of the first book in the series - I immediately bought the next book. I haven’t read RJ Scott before, but I’m a fan! And Sean Crisden, what can I say? He is fantastic. I am always disposed to reading a book if he is the narrator.

I haven’t talked about the particulars of the book, but don’t worry, just read it! I was completely drawn in to the story and the people. I have to see how it ends - right now!

loved it - solid 4.5 stars (darker than the first)

📖 Would I listen to it again: absolutely ✅ Did the story keep me engaged: completely ✅ Was I invested in the characters: totally ✅ This story went really fast! The characters are interesting, the pace was good and the over-arching series plot is intriguing as more pieces of the puzzle are revealed. This story is darker than the first one, Drew's pain and anger is evident throughout the whole story and Logan is a tough cop on the outside with a soft compassionate centre - together they make an explosive couple. I'm really enjoying getting to know the residents of Lancaster Falls.

🎧🎧 Sean Crisden is among my favorite narrators. He's a master storyteller and his rhythm, cadence of voice, the way he builds tension and makes clear what is inner monologue, are all present as he brings 'Without A Trace' to life. Each character had his own voice and personality which comes through clearly in the narration (Drew's pain and anger was palpable!). 👍👍

This series has an amazing plot that weaves through all three books while introducing a different couple in each book. Here it’s Drew and Logan, my fave of the trilogy. Strong characterization and superb narration.

This book continues the story from What Lies Beneath, but focuses on different characters.

The mystery continues to develop in this second book. The author is pulling this story into an even darker direction.

I liked the darker theme of this series, and the plot is intriguing. The characters are interesting, and the setting is perfectly creepy.

RJ Scott rarely focuses on one couple for more than a single book. If you enjoy reading about new relationships and an underlying dark mystery, I recommend this series.