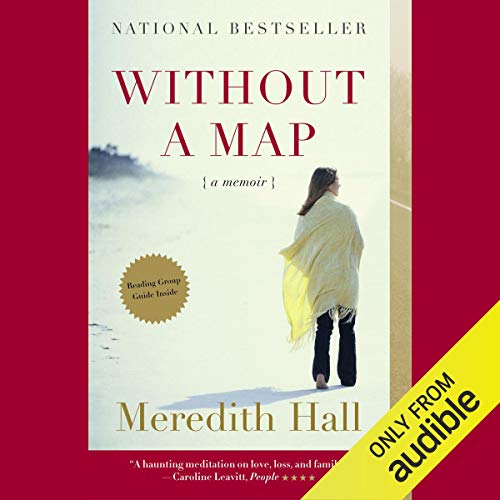 Meredith Hall's moving but unsentimental memoir begins in 1965, when she becomes pregnant at 16. Shunned by her insular New Hampshire community, she is then kicked out of the house by her mother. Her father and stepmother reluctantly take her in, hiding her before they finally banish her altogether. After giving her baby up for adoption, Hall wanders recklessly through the Middle East, where she survives by selling her possessions and finally her blood. She returns to New England and stitches together a life that encircles her silenced and invisible grief.

When he is 21, her lost son finds her. Hall learns that he grew up in gritty poverty with an abusive father - in her own father's hometown. Their reunion is tender, turbulent, and ultimately redemptive. Hall's parents never ask for her forgiveness, yet as they age, she offers them her love. What sets Without a Map apart is the way in which loss and betrayal evolve into compassion, and compassion into wisdom.

Not Your Average "16 and Pregnant"

Kicked out by her mother, and shunned by her small town community in New Hampshire— it's a rocky start. Hall’s life doesn't end up on People magazine— there's no plastic surgery/makeover ending.

Meredith moves to the Middle East, first on a whim, but it’s a decision that changes her life. She sells every one of her possessions, and yet arrives on the other side of her adventure with something much more precious, as well as a relationship she never dreamed she’d have.

I enjoyed the everyday aspects of this book. Meredith Hall has a way of making words sing, making even ordinary things like the habits of childhood classmates sound poetic. Her use of the present tense continually through this novel both gives it immediacy and provides some confusion for the reader, as it seems to jump around with no particular purpose (particularly in the second half of the book).

Have you listened to any of Kathe Mazur’s other performances before? How does this one compare?

I have not, but I think I will. She did a very good job here, and I would like to hear more!

This is a good book, detailing the pain of being forced to put a baby up for adoption, with really no say in the matter; the cruelty of ostratization, the complicated relationships between parents and children.

I would love to see Meredith Hall put her hand to novel-writing or poetry; I think she would do an amazing job as well.

Perhaps the continuous present-tense narration was used as a device to denote aimlessness and being, as the title suggests, without a map; however, it is a bit frustrating as a reader because the shifts in time don't appear to make any particular sense, particularly at the end of the book. This aside, it is a solid biography, and I would love to read anything else Ms. Hall wishes to write.