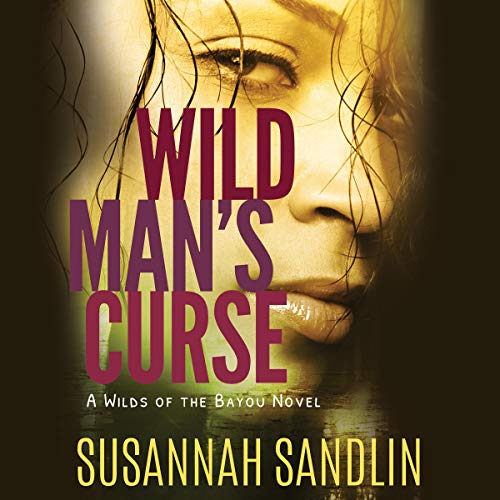 By: Susannah Sandlin
Narrated by: Elizabeth Godley
Try for £0.00

The bones said death was comin', and the bones never lied.

While on an early morning patrol in the swamps of Whiskey Bayou, Louisiana wildlife agent Gentry Broussard spots a man leaving the home of voodoo priestess Eva Savoie - a man who bears a startling resemblance to his brother, whom Gentry thought he had killed during a drug raid three years earlier. Shaken, the agent enters Eva's cabin and makes a bloody discovery: the old woman has been brutally murdered.

With no jurisdiction over the case, he's forced to leave the investigation to the local sheriff, until Eva's beautiful heir, Celestine, receives a series of gruesome threats. As Gentry's involvement deepens and more victims turn up, can he untangle the secrets behind Eva's murder and protect Celestine from the same fate? Or will an old family curse finally have its way?

From award-winning author Susannah Sandlin comes the first book in the Wilds of the Bayou series.

The story was engaging but the narrator had a poor male voices which made the whole thing irritating to hear ; Lang was a sadist and his brutality often unfounded making it difficult to keep wanting to know what would happen next. I’m used to better from S. Sandlin thought I’d try something different by her, can’t say it was as good as the other series

Ok but not brilliant

I loved the Penton Legacy books but this was pretty run of the mill unfortunately.

Where does Wild Man's Curse rank among all the audiobooks you’ve listened to so far?

I often listen to audiobooks and I would definitely put this audiobook in the top ten!

What other book might you compare Wild Man's Curse to and why?

I'd say one of the author's strong points is her sense of place and she does this well - similar to James Lee Burke, a very well known Louisiana author.

Have you listened to any of Elizabeth Godley’s other performances before? How does this one compare?

I have not listened to Elizabeth Godley on any other audiobook, but she is 5 star. Why? She brings you into the story because she actually captures the accents of the Cajun Swamp Land of Louisiana as if she were a native. And this is not easy to do, I know because I have lived in south Louisiana for over 20 years. The narrator makes you feel as if you are sitting in a pirogue on the bayou. I so appreciate the authenticity to character and this narrator matches the author's words and story line. This is how Cajuns sound when they talk and the narrator does it in such a way as to easily understand the character's conversation. She is spot on with the character's speech. Most people may not realize that we also have "southern accents," "redneck accents" and "Cajun accents." The narrator captured each accent as well as the stirring of the roux in gumbo making you see the mixture of ingredients in the characters. Damn good flavor! Not only that, but the narrator has a smooth easy flowing voice in general and pronounces the French words correctly. I have a strong pet peeve of over exaggerated Southern and Cajun accents; these voices have subtle accents with only certain words drawn out or chopped in half. How dedicated this narrator must be to her craft. There is true art in voice over, but only a few could depict authenticity such as Elizabeth Godley has captured here.

Down the bayou where the alligator play among the ghost and voodoo queens lies the truth to past lives and the mystery because the bones never lie.

Susannah Sandlin creates the place/setting of Southern Louisiana Cajun Swampland as well as Eudora Welty did with her books about the Mississippi Delta. Elizabeth Godley makes the story come to life by telling S. Sandlin's story with true authentic voice characterization. It is books like these that I'd much rather listen too than read when the narration is so well suited to story. What a pair they make!!!

I bought this book because I've always been a fan of Susan Johnson, aka Susannah Sandlin, and the story sounded interesting. Also, I like the Louisiana accents. It was a good story. I really liked Gentry, Ceelie and Jena; interesting characters. It's more suspense than romance, but no problem with that either. There's enough description of the Louisiana bayou to make you feel like you're there without bogging down the story. The plot movement kept me riveted; had a hard time putting the book down.

So a few issues. Elizabeth Godley did a pretty good job at narrating, but I noticed a few mispronunciations. When I'd switch over to the Kindle version, I found typos so it needed some editing or proofreading. Regarding Gentry and Ceelie, I would have liked a little more relationship development. Maybe I'll catch more of that as I listen to this again, but things seemed to just happen with the two of them without a lot of story to flesh out the relationship.

Overall, though, I can see me coming back to this one and getting the next book in the series.

wow! I loved this book! It was so suspenseful. And the mystery of it all kept me so engaged. I'm partial to stories set in the bayou and the author did a really good job taking you on a trip there. The main character was a really brave, humble girl. After trying to make it in Nashville, where her voice wasn't appreciated, she returns to her long forgotten aunt on the bayou, totally broke. But her aunt had been murdered. After staying in the aunt's remote cabin, she starts receiving warnings and death threats. Luckily she meets a nice looking wildlife officer that helps her. I'm not going to give anything away but it's a very romantic and suspenseful tale. Her life gets swept up in the officer's.

The narrator was perfect for the story. I don't think they could've picked anyone more perfect for it. She really brought the story to life. I could feel the magic of the place.

I liked this story, but the romance was super-fast even for mayflies. I would say I would not read the next one if it comes on sale, but I am not jumping to buy it right away. I liked both characters, I would have maybe preferred a little more mystery thrown into the mix. As it was, knowing who the bad guy was and then having him make the heroine a damsel in distress situation was very expected. Not bad per say, I would have liked to have seen more voodoo in the story to spice it up a bit too. Narrator was good for the female voices, but not so good for the male voices a little to feminine, but once the story started it was easy to get engrossed into it.

Felt like a child being read a happy tale

The narration took away any sense of thrill, excitement danger,etc. She was actually very good, if it were a chick lit book.
I enjoyed the authors style of writing dialog, down to earth and real. Like ppl actually speak to each other. Other than that, quite a stretch for Lang to go from involved in drugs to brutally murdering ppl "because drugs can do that to ppl"??!!

Really enjoyed listening to this book. The atmosphere of southern Louisiana with its multi - cultural influences and unique physical environment made the story especially intriguing to me. The characters were well written and interesting.

Getting to know the Bayou

Between the detailed descriptions, use of local language differences and the will lead accents by the narrator this book sucked me into the bayou and made me get to know it better. Top that off with a couple of murders, family drama and romance and you have a book that Grand tour attention and holds on tight.

Great read with a PUNCH

This book is a fast paced thriller that has a lot of heart and action. Love the characters. I immediately bought the next book when I was 3/4 of the way through this one. I recommend this book for anyone who loves a good mystery, thriller or wants to spend time the Louisiana bayous.

It was a good story, more mystery than romance. I mean there was plenty of sex, but not much romance if you know what I mean. Instant attraction isn't all it's cracked up to be when the protagonists jump right into bed within. Few days of meeting. Jmo.

The narrator did a good job, I could usually tell who was speaking but her voice was too young & light for the story. It needed an older woman with a stronger voice or a man.

Would you consider the audio edition of Wild Man's Curse to be better than the print version?

Not sure, because I didn't read the print version. I really enjoyed the narrator. I am from Louisiana and loved all of the accents. Quite authentic. The narrator did her research.

I was terrified the entire climax of this book. I was so worried about Ceelie. It was quite a ride.

I thought she did a great job. I was engaged the entire time. I loved all of the southern accents. I could tell she really loved the characters.