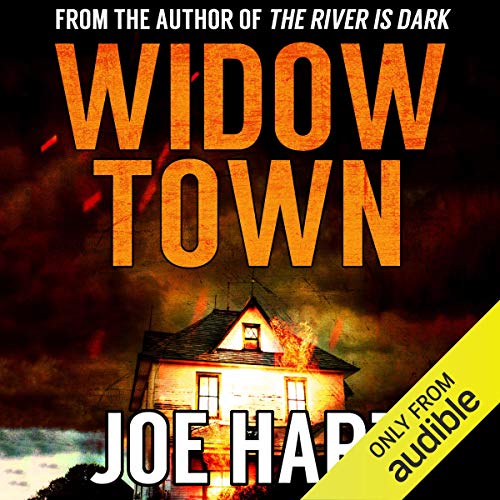 In the future there is no such thing as a serial killer.

A breakthrough research project has detected an active gene present in all known psychopaths and developed a vaccine to make it completely dormant. People are inoculated at birth. Society has rejoiced the extinction of the sociopathic mind.

There hasn’t been a serial killing in America in over 40 years.

Sheriff MacArthur Gray resides in the future but lives in the past. His world views have chased him from a large metropolis to his home town, but there is no sanctuary to be found after he arrives.

Because people are dying and only he can see the truth.

A psychopath has somehow survived and is thriving in the new world. Soon Gray is thrust into a nightmarish race against the killer where no one is safe, and everyone is a suspect.

What listeners say about Widow Town

Great story and main character, the Sheriff who you would want on your side against the baddies. Excellent reading too. Highly recommend it

Jay Snyder's performance made the story exciting. he is a very talented narrator. The author was lucky to have Jay Snyder to narrate the story.

Fun story to listen to. It reads a bit like a detective/murder mystery following Sheriff Gray trying to piece together seemingly unrelated events. Set in a future where the psychopathic gene has been discovered and eradicated with a vaccine, the townspeople are blissfully ignorant about the possibility that the vaccine could fail. The Sheriff has other thoughts on the matter. The fun is in figuring out who is pulling the strings and why. A couple options present themselves. Then it's a fight for survival and some pulsing horror action.

From a listening standpoint, I think the narrator did a pretty good job but some of his voices were a bit strange to me. There are a lot of characters and they all have distinct voices which made it easy to discern who was speaking. I just don't know if I would have read some of the inflections the same way in my head.

I was given an audio copy for an honest review.

This was a good book. I enjoyed the intrigue.It was an eerie concept with horrifying characters. Narrated nicely by Jay Snyder.

I really enjoyed it. I enjoyed the realistic human responses in certain situations. But, I thought the powers that be were little too dismissive of things when brought to their attention, it some instances, it bordered on just "stupid". But, it was well written and very edge of your seat especially at the end. It was like watching the climax of an action packed movie. The protagonist was put through so much I wasn't sure whether he would actually survive. And just when you thought it was over,something else twice as bad popped up;after so many times I almost stopped looking because,it became a little frustrating. But,continued to listen. Very good book well worth the credit.

What a fantastic book

MacArthur Gray is the Sheriff of Widow Town - named for a tragic event which killed a sizable portion of the men in town, leaving a town full of widowed women, and fatherless children. Set 100 years in the future, a vaccine has been created that eradicates the gene responsible for psychopathic behavior in humans. The vaccine is considered a great success - until women begin disappearing, and more men end up dead.

A fast paced book, Widow Town is surprisingly dark, with a few genuinely surprising turns that I never predicted. With many books of this type, you can spot the winners and losers within the first few chapters. But in Hart's world, anyone and everyone is fair game, and I found myself satisfied, shocked, and saddened by each and every addition to its sizable body count..

Gray faces trouble at every turn, from the insufferable Sheriff of a neighboring town who prods Gray into a dick measuring contest every chance he gets, to an ex-wife who blames him for the end of their marriage, to dealing with the memory and the guilt of the loss of his own daughter, a D.A. who reminds Gray he's bedding his ex every chance he gets, to a mayor who is determined to throw Gray off the case after everyone insists he's chasing a killer that doesn't exist.

The mystery here isn't who's abducting and killing with people of Widow Town, we're told that early on. It's who's ultimately behind the whole thing, and their disturbingly twisted reasons for their actions. It's a gory, horrifying book that is worth every second spent with it. By the end of Widow Town Gray has been beaten, burned, and shot so many times that it's a miracle he's able to stand.

If you've not read a Joe Hart novel, change that.

Excellent idea for a story that was well carried out with good character development. Well done.


So, let me clear up a mistaken review on Goodreads. She said; “First, the book is set in the future and while there are a few references to new technology you don't learn how far in the future until about 3/4 of the way. There you learn that it's almost 1000 years in the future and yet there are several things that really don't fit with that time period, such as new trucks still needing a key to start it.” Umm, no! Gray asked Mary Jo when someone died, and he was told 2075 and he said “40 years ago?” That would make it 2115, so not 1000 years in the future.

I really enjoyed this story! It was about a vaccine that was supposed to stop serial killers before they even thought of becoming one. This particular killer wasn’t vaccinated early enough, and he was a series killer, even training his children to be killers as soon as they could understand what he wanted from them. He was definitely a sick creep.

I liked Gray and Lynn, happy they worked it out. I liked Ruthers and Mary Jo, too. Even the bad guys were written well.

I would have loved to see more books about MacArthur Gray. I will definitely look up more of Joe Hart’s books.

There was no descriptive sex (YAY) and the F-bomb was used 46 times (YAY).

As to the narration: Jay Snyder, the narrator who read The Gray Man series by Mark Greaney, did an awesome job on this book too. His voices and emotions were perfect.

It's a great listen

you wont be disappointed, alot of twist and turns and it wasn't easy trying to guest whom the person was.