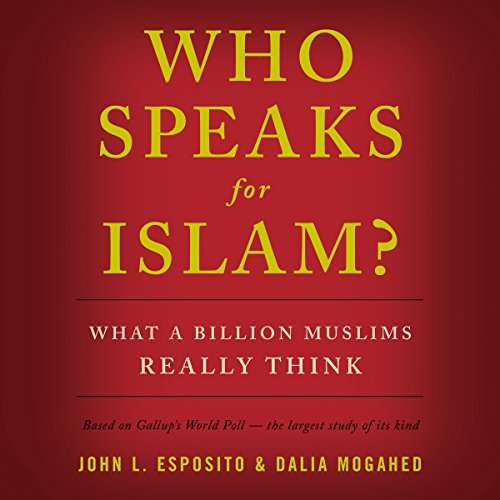 Who Speaks for Islam?

Who Speaks for Islam?

Are we on the verge of an all-out war between the West and 1.3 billion Muslims? When the media searches for an answer to that question, they usually overlook the actual views of the world's Muslims.

Who Speaks for Islam? is about this silenced majority. This book is the product of the Gallup World Poll's massive multiyear research study. As part of this groundbreaking project, Gallup conducted tens of thousands of interviews with residents of more than 35 nations that are predominantly Muslim or have significant Muslim populations.

Gallup posed questions that are on the minds of millions: Is Islam to blame for terrorism? Why is there so much anti-Americanism in the Muslim world? Who are the extremists? Where are the moderates? What do Muslim women really want?

Grounded in Gallup World Poll data, not in contentious rhetoric, Who Speaks for Islam? brings data-driven evidence - the voices of a billion Muslims, not those of individual "experts" or "extremists" - to one of the most heated and consequential debates of our time.

Just happens that some none Muslims can read Arabic, I am one of them. Nothing against Muslims but plzzz tell the truth.