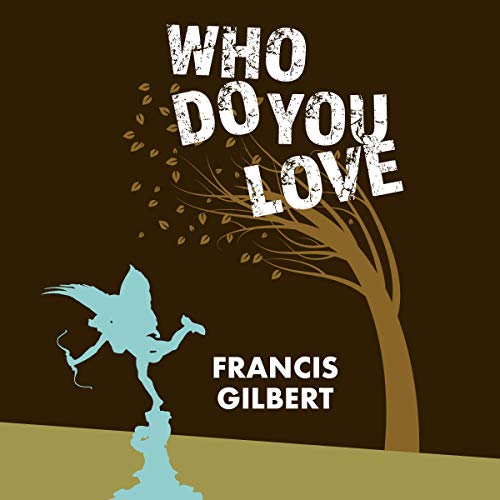 Who Do You Love

Nick is cracking up. In his mid-40s, he has just been sacked as an arts journalist, with little prospect of getting such a well-paid, prestigious job again. Even more worrying for him is his suspicion that his wife, a Deputy Head at a school, is having an affair with a much more successful person: Does she want to trade in Nick for a better model? His marriage problems are now exacerbated by money worries and concerns about the future for his nine-year old son, Jack.

But most devastating of all is the fact that he learns that a former lover, Ellida, has died.

Unable to find a new job, Nick miserably fails, despite his best attempts, to be pro-active and positive, and retreats into memories of the past. He remembers the romantic times he had with Ellida in the 1980s and 1990s; times when, as a student, he wrote and directed a crazy mime play which was performed in Sussex woodland on the summer solstice; the wild parties and alcoholic picnics by the sea; and, most poignantly for Nick, an impossibly romantic holiday on the Northumbrian coast at his grandparents' picturesque farmhouse. But Ellida and his grandparents are now dead. Can Nick ever recover his lost happiness?

By turns comic, tragic and romantic, Who Do You Love is a stirring novel which explores the big issues of passion, death and grief; a fast-paced contemporary love story but also moving exploration of what it means to be alive today, which should appeal to fans of writers like David Nichols, Ann Tyler, and Nick Hornby.

"Gilbert writes so well that you half-suspect he could give up the day job." (The Independent)

I enjoyed Who Do You Love a lot. It's beautifully-written, very funny about sex and the excruciating confusion of being young and single then middle aged and trapped. I think you've captured something about a generation in a way that will touch a lot of readers...Really, a terrific novel." (Amanda Craig, literary journalist, and author of A Vicious Circle and Hearts and Minds)

What listeners say about Who Do You Love