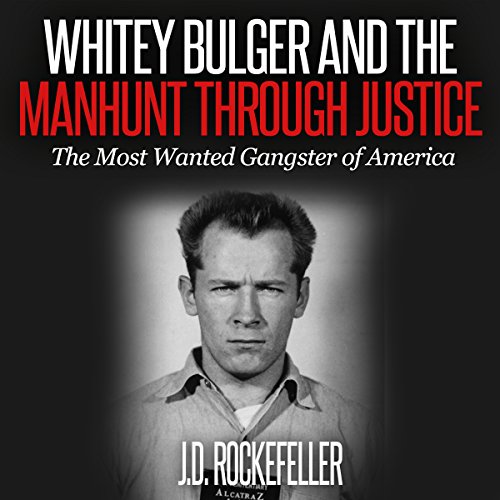 Whitey Bulger and the Manhunt Through Justice

Being popular in some way could be a great thing but being famous due to involvement in crimes might not be considered as great. One of the most prominent figures in the organized crime scene in Boston from the 1970s up until the mid-90s was Whitey Bulger. He was captured in 2011 and was later found to be guilty of federal racketeering, conspiracy, extortion, and a number of murders.

Find out more about this most wanted gangster of America and how he travelled on his journey, only reaching to the point that justice had prevailed.

What listeners say about Whitey Bulger and the Manhunt Through Justice

Whitey Bulger and the Manhunt Through Justice

This was a very high overview of Whitey Bulger's criminal career. There was no real substance in there, but it made me want to learn more about the subject matter, so I didn't give it a 2* rating. Sometimes that is all you get from a book.

This was an okay piece on Whitey Bolger the notorious Boston bad boy. A lot of this I had already read either in newspaper/magazines or seen on tv documentaries...Kevin Theis was good on the narration. I received this audiobook for free and this is my voluntary review.

This was interesting but very superficial - glossing over major events in the Bulger story or summing them up in a sentence. For such a brief story, there is also quite a bit of repetition. I found the writing style to be a bit odd - almost like stringing together a bunch of newspaper headlines.

Whitey Bulger and the Manhunt through Justice: The Most Wanted Gangster of America was a good read by J.D. Rockefeller. Whitey Bulger was one of the most prominent figures in organized crime in Boston. He was active in crime from the 1970s to the mid 1990s. In 2011, he was captured and found guilty of federal racketeering, extortion, conspiracy and murders. This was a good take on Whitey Bulger and his life.

This is a very interesting story but the writing style in this title made it very boring. I recommend reading a different book from this author.

This is a short yet poignant summary of the life, crimes, and eventual capture of Whitey Bulger. I find the historical facts of it all to be truly fascinating and may look into a more in depth book about it. I also find it fascinating how many movies/characters are based off of what happened. I was voluntarily provided this free review copy audiobook by the author, narrator or publisher