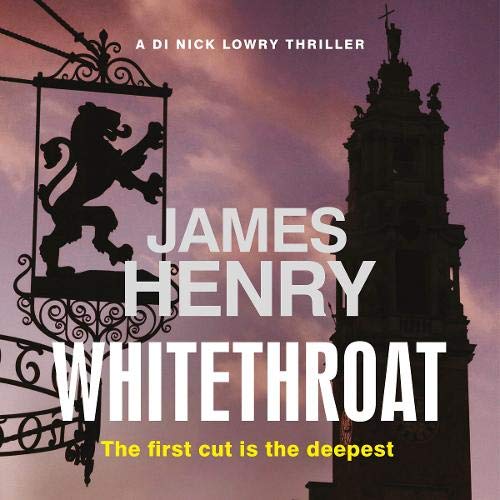 The third title in the DI Nicholas Lowry series, for fans of Peter James and Stuart Macbride.

It's November 1983 in Essex, and there are reasons to be cheerful. 'Uptown Girl' is sitting pretty at the top of the charts, Risky Business is raking it in at the box office and there are now four channels on the telly. However, social tensions are beginning to bubble beneath the surface: Mrs Thatcher has embarked on her second controversial term, and the situation in Northern Ireland is ever-escalating.

Yet in the garrison town of Colchester, it's another deadly standoff that is hogging the headlines. The body of a 19-year-old lance corporal has been discovered on the local high street, the result of what appears to be a bizarre, chivalrous duel. It seems he was the victim of a doomed army love triangle. As such, the military police are wishing to keep the matter confined within military ranks.

This is all just fine, as far as Colchester CID is concerned. They have enough on their plate as is, with DI Nick Lowry in a tailspin following the breakdown of his marriage, WPC Jane Gabriel exasperated by the male-favoured system, Detective Daniel Kenton relying on substance abuse to quieten his demons from his last case and their boss, DCS Sparks, shortly to become a first-time father at 55.

However, it is not long before the blood from the duel runs into civilian police affairs and the trail presents CID with a local rogues' gallery. A savvy entrepreneur. A wayward skinhead. A member of the landed gentry. And a shadowy Mauritian travel agent with a chilling reputation. Soon, they will discover, a real estate deal, a racist and the town's Robin Hood pub hold the key to the killing....

What listeners say about Whitethroat