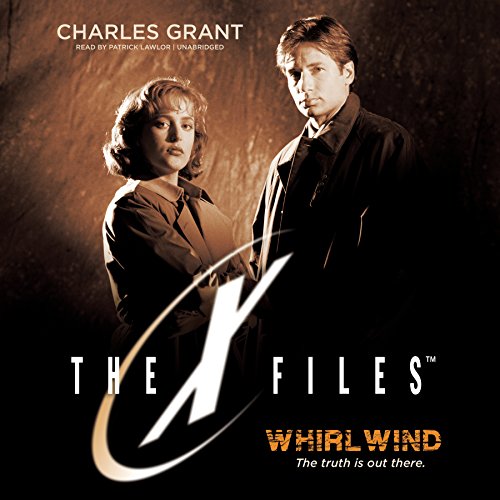 Serial killers come in all shapes and sizes, but this one is particularly puzzling. There's no pattern to the mutilated bodies that have been showing up in Albuquerque: The victims have been both sexes and all races, ages, and ethnic groups. There is no evidence of rape or ritual. Only one thing connects the victims: They were the victims of a natural disaster - one of the most unnatural natural disasters imaginable - leading to a most painful, most certain, and most hideous death.

Mulder and Scully, FBI: the agency maverick and the female agent assigned to keep him in line. Their job is to investigate the eerie unsolved mysteries the Bureau wants handled quietly but quickly, before the public finds out what's really out there...and panics - the cases filed under "X".

What listeners say about Whirlwind

What could Charles Grant have done to make this a more enjoyable book for you?

He could have given it some true X-File feeling. There was nothing

Yes, thoroughly. He had no feeling for the story, I could not get interested in the book and his voice really put me off, it was such a drag. You should be able to get a visual image from what the narrator is telling you... I got nothing ! I struggled on but wish I hadn't... It will be returned

Total disappointment, I shall be cancelling the others from my wish list purely because of the narrator

I have been waiting for more X files books and what a let down these were. I have the original abridged versions on cassette, which I have transfered over. I shall continue to listen to them. Next time get a decent narrator......

I love anything X-Files, so I don't critique these stories too much. However I can get a dose of Mulder and Scully, I will take it. I finally got used to Patrick Lawlor's narration in this book. I found his voice rather grating in the last one. Of course the next book has a new narrator, so I'll have to readjust. Although I read this book many years ago, I didn't recall the storyline very well, so it was a pleasant listen.

Pretty predictable plot. The only twist is who done it....and the pool of candidates is small. also, Scully seems a little off character.

Pretty nicley constructed. I could see this being an episode for sure. Wish this show were still on.

About the same as 'Goblins'

Same problems as what #1 'Goblins' had. Average story, bad impressions/narration in general rather than full cast, over-description. Hard to get through.