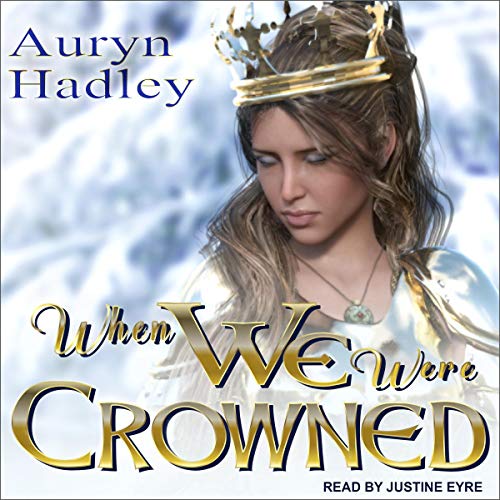 When We Were Crowned

By: Auryn Hadley
Narrated by: Justine Eyre
Try for £0.00

With the crown safely on Leyli's head, her problems should've been over. Her country is safe. Her family is together. What more could a new Queen ask for?

Unfortunately, spending her mornings purging her stomach isn't it. Evidently, not even the Queen of Norihame is immune to morning sickness. Even worse, women in her country were expected to produce the next generation, not rule it. As soon as the men in court realize she's pregnant with the heir, they'll try to take away all the power she fought so hard to gain.

If that was all she had to worry about, things would be great.

But Rhia is closing in. The expansionist nation to the west has been seeking a trade alliance in violation of her father's peace treaty. Is this merely a misunderstanding between politicians, or is it the first hint of things to come. And why is one of the Senators saying the exact same thing her cousin cited as his reason for rebellion?

When all the pieces come together, Leyli realizes it's worse than she feared. Only one thing can save her country now, but that means putting herself-and her unborn child-in harm's way. Thankfully, she's got one thing going for her that Rhia will never expect.

What listeners say about When We Were Crowned

loved it, really engaging story line, excellent performance, justwish there was more to their story.

I first read the text version of this story. I absolutely LOVED the story, so much so that I purchased the text and audio versions.
Only downside to this is the narrators nasally voice. It doesn’t prevent you from enjoying the tale but it just irks me a bit.
I love how Auryn paints a picture. You know every detail without feeling like she fluffed the story.

Loved this book! the whole series is awesome!! I will definitely relisten to them again!!