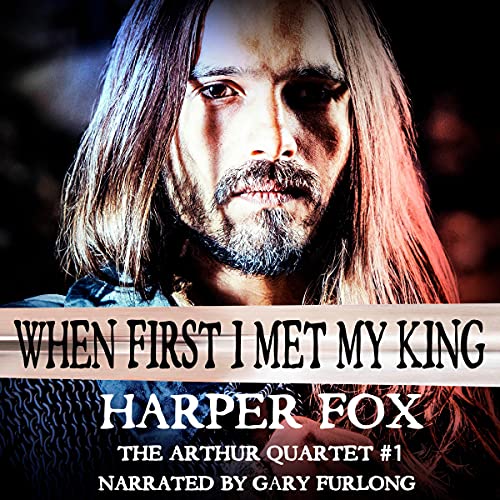 When First I Met My King

By: Harper Fox
Narrated by: Gary Furlong
Try for £0.00

Book one in the M/M romance series The Arthur Quartet by Harper Fox.

Once upon a time, there was a winter that wouldn't end. And all that stands between the people of White Meadows and starvation is a young man called Lance.

Lance is 16 years old, and for all his courage and hunting skills, he's running out of fight. His family has been wiped out in a border raid, and he's drowning in loneliness. When strangers arrive at White Meadows, all Lance can think of is using his last strength to drive them away. But these men have come in peace, not to burn and destroy. Among them is a hot-headed, utterly charming prince-in-training named Arthur.

For Lance, Arthur's arrival is like the return of the sun. The prince has everything - learning, battle skills, a splendid destiny. But as the days unfold in the remote northern settlement in the shadow of Hadrian's Wall, it soon becomes clear that Arthur needs Lance, too.

What listeners say about When First I Met My King

Excellent as is Excalibur!

Harper Fox does not disappoint. EVER! This lore a of different Arthurian telling is so rich from moment to moment and incredibly bittersweet. Can't wait for the continuation.

Not a fan of narrator

But I'm a huge fan of Harper Fox and this series is one of my favorites.