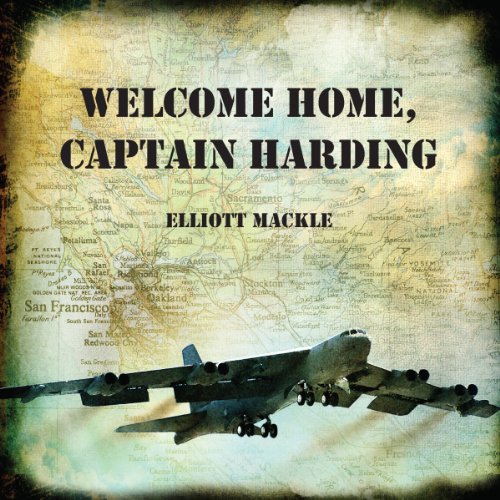 Returning to California after eighteen terrifying months in Vietnam, Captain Joe Harding is assigned a trio of duties: assisting his fatherly former commander at base operations, spying on misbehaving bomber pilots and organizing an air show designed to counter the anti-war fever sweeping the state. Meanwhile, his much younger tennis partner has enrolled at Cal Berkeley, enmeshed himself in pacifist politics and resumed his role as Joe's lover.

When a playmate from Wheelus, a one-time fighter pilot now flying for TWA, shows up at Joe's house in Merced, the three men must navigate the joys and difficulties inherent in creating their own sort of ''welcome home.'' Continuing the adventures and misadventures begun in Elliott Mackle's acclaimed Captain Harding series Joe and his fellow officers and men are up against a hot-dogging, risk-taking aircraft commander, a pair of drug-abusing co-pilots and a married administrator with a taste for sexual blackmail.

When a Broadway show causes a death in the family, a test flight goes terribly wrong and Joe's honor and patriotism are questioned, he must fight to clear his name and rebuild his imperiled career.

My favourite of the series.

I enjoyed this book most of all of the series. It's fun to see Joe back home in America that, after being away so long, is as foreign as his other postings. He's soon drawn into more dark dealings and trouble. It's fascinating to read about a non-fighting military man, who has his own struggles that he fights in his own way - with paperwork and wits. Of course he's no paragon, is Joe. He gets himself into plenty of trouble by thinking with the wrong body part at times.The story may well break your heart at the end, but you'll love Joe for what he's ready to do to protect those he loves.