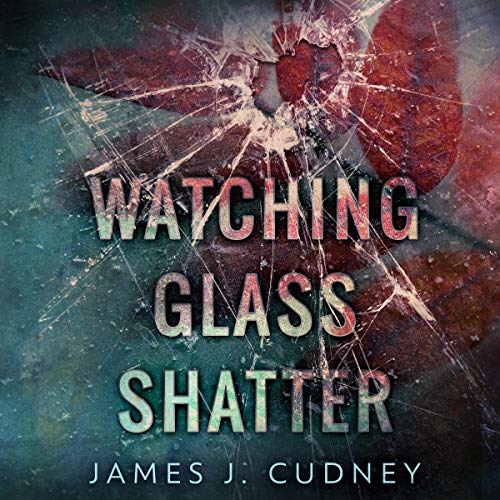 After 40 years of marriage, Olivia Glass thought she could handle the unexpected death of her husband. But when Ben’s will reveals a life-altering secret, she suffers a blow no widow should ever experience.

Olivia learns that she gave birth to a baby who later died in the nursery. Instead of telling his wife what happened, Ben switched the child with another. And as if that’s not enough, Ben’s will doesn’t reveal which of their five sons is truly not hers.

While an attorney searches for answers, Olivia visits each of her sons to share a final connection before facing the truth that will change their family, and discovers that each of them has been harboring a painful secret, just like their father.

Olivia challenges herself to re-assemble and save their relationships. But will the secrets destroy their family, or bring them closer together?

The story was far fetched but could have been entertaining..however I didn’t like the old fashioned misogyny and just couldn’t listen anymore.

What an incredible book! The author really pulls you into the story, and it feels like you get to know the characters and their struggles on a personal level. In some ways you might even be able to relate to some of the characters. At first it was a little difficult to remember the different brothers, but the further you get into it, the easier it is because they are all so unique. It was such a creative story that it was hard to not like it. Every time you say, “ok I’m only going to listen to it for a few more minutes before going to bed,” you just won’t be able to put it down. I highly recommend it! I thank the author for allowing me to review this audiobook for free and my review is my honest opinion and is completely voluntary.

A Lot to Handle

I was given this title for an unbiased and honest review. A family trying to heal after having way too many secrets. I was a bit thrown that the entire concept of the book was that the father had switched the child at birth and it takes the entire book to actually get to that point. The recording was fuzzy for some reason. Overall the story was good, I just felt that there was a lot going on. I like that I had closure on everything and that the story did not leave me hanging for answers.

Family drama when a wealthy man suddenly dies. The secrets of what he did didn’t die with him. With his wife of forty years he left two letters will she open them, and what affect will it have on their five grown sons.It is a nightmare and that is only the beginning. You think you know someone, and how does one unravel the tragic and hurt that was done. It is a compelling plot, that will put you on an emotional ride to the end. Given ARC for my voluntary review review and my honest opinion The narration was superb by Nikki Zakocs

First of all, this book needs a new Publisher's Summary. Seriously? The book blurb gives away the very secret that takes half the book to find out! The concept of the book was well thought out and interesting. It's difficult to write a book with a lot of characters and author did a reasonably good job of creating some dimension for most of them. The reader of the audiobook, Nikki Zakocs, got better as she went along, but was a little monotone throughout. The area I thought needed the most work, was the dialogue. Cudney needs to read his dialogue aloud as he writes, and check to hear if it sounds realistic. Lots of it felt stiff and unnatural, especially if one is listening to an audiobook. Family members don't talk to each like that.

I thought this had a unique storyline that kept me on the edge of my seat from the beginning all the way to the end of the story. It was very well written with lots of twists and turns and so many secrets being kept. Nikki Zakocs did a great job bringing this story to life especially considering there were so many male and female characters in this book. She did well giving each one their own unique voice. I received this audiobook at my request and have voluntarily left this unbiased review.

Olivia's husband Ben dies in an accident and leaves two letters; one for her and one for one of her five sons. Ben hid a terrible secret from them all and she needs to find out which of her sons, all of whom have their own secrets, the second letter is for. What a unique and interesting story! The story details the characters very well to create perspective; and builds the story at a very exciting pace to keep you on the edge of your seat. Nikki narrated well and had good character voices. She made the story very enjoyable for me. I highly recommend this very gripping and fascinating story. Note: This book was given to me for free at my request and I provided this objective review voluntarily.

This had a great story line, especially for a mom! Author did a great job writing all the aspects that go into family life. I liked how the family has to come together and find each other in adulthood. I didn't enjoy the narrator though. It took away from some of the great writing. I just want to listen to the story and use my own imagination, unfortunately the narrator tried different voices and the Scottish voice was not good at all. I could ignore but I would't choose another book with this narrator. I will be looking for other books by this author! I was given this free review copy audiobook at my request and have voluntarily left this review.

I was given this book in exchange for a fair and honest review thanks to audible.com. I really lucked out on this one! I thoroughly enjoyed it from start to end. I was constantly torn between wanting to get to the end and find out the truth and never wanting it to come to an end! Many storylines were intertwined but yet very easy to follow. Give it a listen, you won't be disappointed!

To me a good book is one you don't want to end. This story was interesting and well written. The narrator did a great job. I will watch for more books from this author in the future. I absolutely recommend this book.