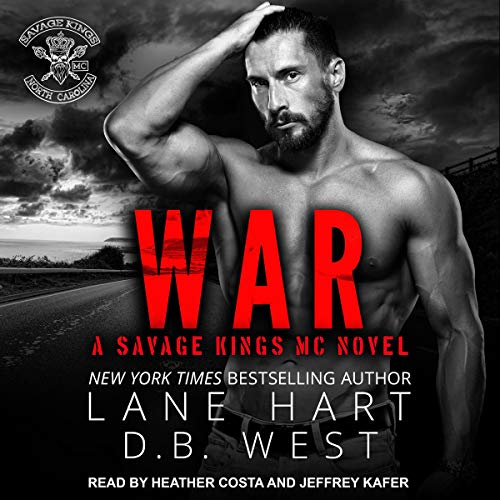 Warren O'Neil is a single dad constantly juggling two very different lifestyles. While trying to be the best father he can to his young son, he's also a devoted member of the notorious Savage Kings MC.

War never claimed he was perfect at either role, but he knows that he's a helluva lot better parent than his junkie ex-wife.

Nova McQueen doesn't like being the bad guy who rips kids from their homes. She's only trying to protect them from neglect and abuse. And while the big, dirty-talking biker may have once given Nova a wild weekend that she'll never forget, War is as far from father of the year as you can get. His participation in a motorcycle gang makes Nova certain that his son is in danger.

There's a storm on the horizon; and as tempers flare, a natural disaster may destroy more than just the town the Savage Kings has built. But it'll take more than an act of God himself to take War's son away from him.

And Nova can't decide if she wants to continue to fight the biker's wrath or succumb to him.

What listeners say about War

I enjoyed this one. This was my first book by these two authors. And it was a good one. The only thing that annoyed me was Nova being so judgemental towards the MC without knowing more about them. Other than that I enjoyed it