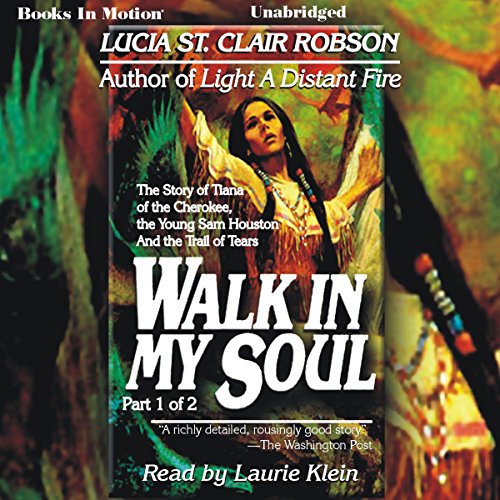 Walk In My Soul

Walk In My Soul

Tiana was a Cherokee woman. She grew up learning the magic, spells, and nature religion of her people. Before Sam Houston became the father of Texas, he was a young man who had run away from his home in Tennessee to live among the Cherokee. He came to love Tiana. As the Cherokee would say, she walked in his soul. But Sam was a white man, and Tiana, a Cherokee. And the dreams each had for their land and their people were far apart.

i honestly don't know what is going in this book

I've tried numerous times times to listen to it but can't get in to it. I'm not sure if it's the person reading or what. I only got it because I listened to another one of St. Clair Ronson's books and loved it.

The story was wonderful. The narrator did a great job. She brought the story to life.