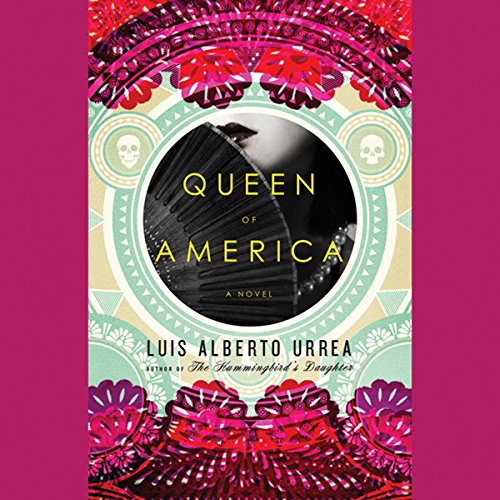 After the bloody Tomochic rebellion, Teresita Urrea, beloved healer and "Saint of Cabora," flees with her father to Arizona. But their plans are derailed when she once again is claimed as the spiritual leader of the Mexican Revolution. Besieged by pilgrims and pursued by assassins, Teresita embarks on a journey through turn-of-the-century industrial America-New York, San Francisco, St. Louis. She meets immigrants and tycoons, European royalty and Cuban poets, all waking to the new American century. And as she decides what her own role in this modern future will be, she must ask herself: can a saint fall in love?

At turns heartbreaking, uplifting, and riotously funny, Queen of America reconfirms Luis Alberto Urrea's status as a writer of the first rank.

" Queen of America magically spins a vibrant, larger-than-life fiction based on the "Saint of Cabora." ( Vanity Fair)
"Enchanting...Fantastical...Urrea has stitched a seamless end to the saga." ( New York Times)
"Colorful [and] exuberant." ( Wall Street Journal)