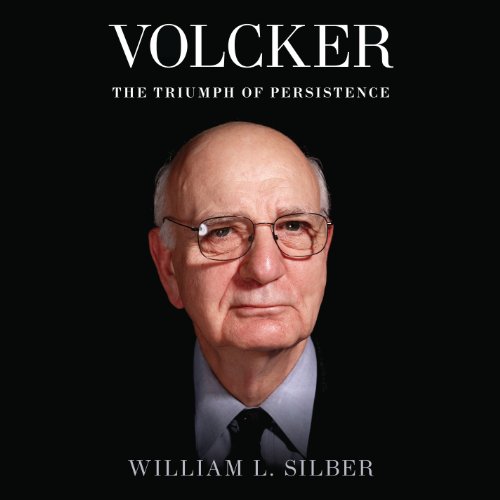 By: William L. Silber
Narrated by: Ross Douglas
Try for £0.00

Over the course of nearly half a century, five American presidents - three Democrats and two Republicans - have relied on the financial acumen, and the integrity, of Paul A. Volcker. During his tenure as chairman of the Federal Reserve Board, when he battled the Great Inflation of the 1970s, Volcker did nothing less than restore the reputation of an American financial system on the verge of collapse. After the 2008 financial meltdown, the nation turned again to Volcker to restore trust in a shaky financial system: President Obama would name his centerpiece Wall Street regulation the Volcker Rule. Volcker's career demonstrated that a determined central banker can prevail over economic turmoil - so long as he can resist relentless political pressure. His resolve and independent thinking - sorely tested by Richard Nixon, Jimmy Carter, and Ronald Reagan - laid the foundation for a generation of economic stability. Indeed, William L. Silber argues, it was only Volcker's toughness on monetary policy that "forced Reagan to be Reagan" and to rein in America's deficit.

Noted scholar and finance expert Silber draws on hours of candid personal interviews and complete access to Volcker's personal papers to render dramatic behind-the-scenes accounts from Volcker's career at the Treasury Department and the Federal Reserve: secret negotiations with European ministers; confrontations with the White House; crisis conferences with Wall Street titans, and even tense boardroom rebellions within the Fed itself. Filled with frank commentary from Volcker himself - including why he was personally irked with the "Volcker Rule" label - this will be the definitive account of Volcker's indispensable role in American economic history.

"This detailed account of the economist Paul Volcker's public service in five administartions shows how he maintained his integrity." ( New York Times)
"Mr Volcker barely made it through his eight years at the Fed. He nearly failed to be reappointed in 1983 and almost resigned in 1986, when defeated on a key vote. It was only in retrospect that his reputation grew; Mr Silber's well-written book should help cement it." ( Economist)
“Paul A. Volcker has finally been awarded a meticulous historical account of exactly how he reached his exalted position … this book is a treasure trove for policy wonks…” ( New York Times Book Review)

What listeners say about Volcker