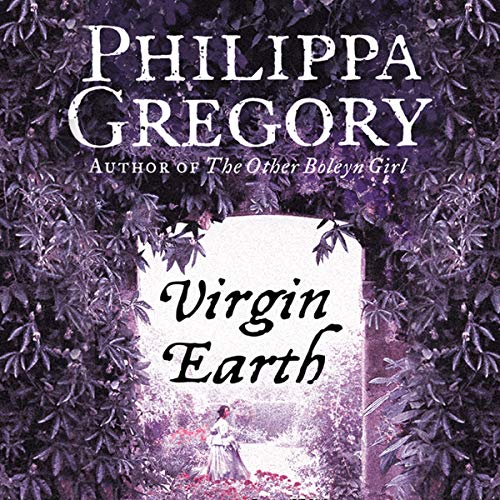 By: Philippa Gregory
Narrated by: David Thorpe
Try for £0.00

The sequel to the outstanding historical novel Earthly Joys, by the internationally best-selling author of The Other Boleyn Girl, Philippa Gregory.

A brand-new recording - available as an unabridged digital audio edition for the first time.

John Tradescant the Younger has inherited his father’s unique collection of plants along with his unerring ability to nurture them. But as gardener to Charles I, he confronts an unbearable dilemma when England descends into Civil War. Fleeing from the chaos, John travels to the Royalist colony of Virginia in America. But the virgin land is not uninhabited. John’s plant hunting brings him to live with the native people, and he learns to love and respect their way of life just as it is threatened by the colonial settlers.

In the new world and the old, the established order is breaking down, and every family has to find its own way of surviving. For the Tradescants, through the upheavals of the Commonwealth and the Restoration, this means consolidating their reputations as the greatest gardeners in the country.

"For sheer pace and percussive drama it will take a lot of beating." (Sunday Times)

What listeners say about Virgin Earth

I am so pleased I heard both books. Such a great story and history around the Tradescant family and all that they brought to Enhance the gardens and countryside of England, including the historical aspect and how their lives were woven into those troubled times politically. Thank you it was so interesting and brought history to life.

Excellent listening and extremely well read.
I will recommend to all my friends
Thank you

I loved these books. Would have welcomed an author’s note on historical accuracy vs creative licence. But extremely interesting on many levels.

Brings the events of the time vividly to life

I listened to this immediately after finishing Earthly Joys eager to continue following the saga of the Tradescant family’s great contribution to horticulture that lives to this day. This second instalment is even more filled with eventful history than the earlier book and tells the story, with some fictional embellishments, of the life of John Tradescent the Younger. Like his father, he travelled to collect new plants to with visits to Virginia. First when it was a struggling colony and ten years later when Jamestown and the surrounding area had become well-established and more prosperous sadly at the expense of the native peoples. I guess that the part where John lived as a native is fictional but it does give an insight into the lives of the natives and how they lived in harmony with the environment.

Meanwhile, his long-suffering second wife looked after their business and his son and daughter from his first marriage. Coinciding with his first foray to the New World discontent about the profligacy and autocratic behaviour of King Charles gathered pace and much of the second half of the book is taken up by the struggles between the parliament and the King leading to civil war. John returned to a land in strife and by using his own family in the narrative to illustrate how families were divided by different allegiances the turmoil of the time is brought vividly to life.

I really enjoyed this book that made me feel part of the struggle, think about how society should be led and grieve over how native peoples have been driven from their lands and/or bonded into slavery.

The narrator is excellent

I thoroughly enjoyed this story and marvelled at the research that must have gone into it.
it was well performed and it has encouraged me to reflect anew about many aspects related to this important period of our nations history.
I am happy to recommend it and the author to other listener.

Escape to another time

I listened to this book on audible and really enjoyed being transported to another time. Engrossing and emotional. Lovely book

A lovely story very well narrated. I thoroughly enjoyed listening to it. would recommend it to anyone.

Not so sure of the second book

Loved the history and the research that went into both books but found the character of John Jnr unsympathetic, cold and slightly unbelievable especially with regard to his love of his first wife and Sukkahana. Also the end of this book dragged on and seemed merely to serve the purpose of killing off John’s son and introducing Mr Ashmole. The civil war itself was dealt with in some depth to begin with and rushed towards the end of the book.
The reading and production were very good - if I had been reading the book I might have flicked through some of the last quarter.