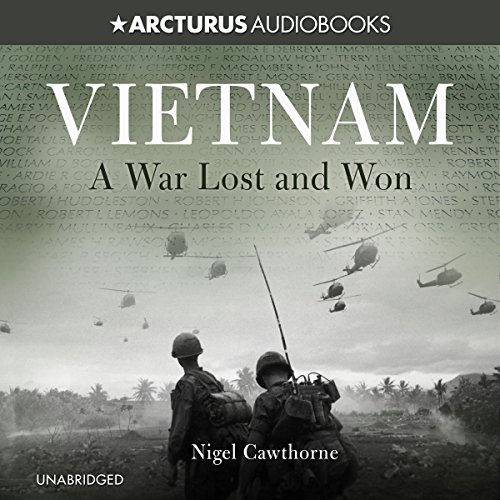 By: Nigel Cawthorne
Narrated by: Nick Landrum
Try for £0.00

Vietnam was the first war America lost on the ground. In this illustrated account, historian Nigel Cawthorne traces the conflict from its inception to its traumatic end. He looks at the political events that led to the war and examines its impact upon both the Americans and the Vietnamese, whose battle for the independence of their country was to leave lingering scars upon the American psyche. Vietnam: A War Lost and Won, is an even-handed assessment of a conflict whose wounds would take a generation to heal.

What listeners say about Vietnam