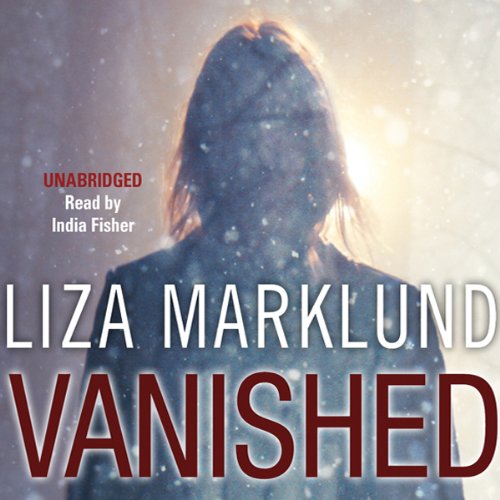 By: Liza Marklund
Narrated by: India Fisher
Try for £0.00

At a derelict port in Stockholm, two brutally murdered men are found by a security guard. In the same area a young woman, Aida, is on the run from a deranged gunman. Meanwhile, journalist Annika Bengtzon is approached by a woman wanting her story published in the Evening Post. She claims to have founded an organization to erase people's pasts - giving vulnerable individuals a completely new identity. Annika helps Aida to get in touch with the foundation. But as she begins to investigate this woman's story, more bodies turn up and she finds herself getting dangerously close to the truth - that all is not as it seems...Previously published as Paradise.

What listeners say about Vanished

Really really liked this. Having never read anything by Marlund before I was really happy to have found this.

Struggling with ethics. Probably gets a more sympathic hearing in Sweden. Heroine Finally failed the moral test in her private life ... Sadly...

Would you recommend Vanished to your friends? Why or why not?

The book is far better than the reader, or the production.

The reader could have sounded interested. There were errors in reading & production shouldn't have let this pass. This led to overall disappointment with the book.

If I were the author, I would delete this performance and start again with a different reader.

I have enjoyed the Scandanavian writers recently and noticed that this one was recommended. I found the story overall very good, but unfortunately I found the reading of it pretty dull. I also thought that the story was very bitty - by that I mean it jumps from scene to scene and took me a long time to catch up and not really enjoying the story to its fullest capacity until it was rounded up at the end. However, it is an intriguing story and unusual as its about the Yugoslavian mafia - and I wasn't expecting that! Not as brutal, as Stieg Larrson or Jo Nesbo's writing, or even as clearly written and I was intrigued to find at the end of the book that the story was instigated by an unusual true event (notwithstanding the horrors of the Bosnian conflict). It is worth reading, but I was not overly excited by it.