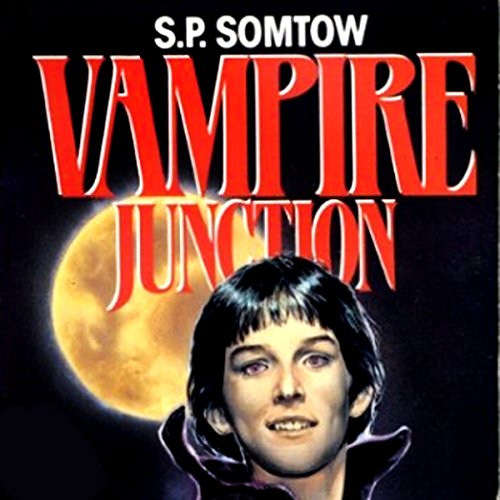 Now acknowledged as one of the most important classics of 20th-century gothic literature, S.P. Somtow's tale of a 12-year-old rock star vampire, his Jungian analyst, and the Wagnerian conductor who is his nemesis turned the entire genre upside down in the 1980s and is considered the ancestor of the "splatterpunk" movement. Vampire Junction has been voted one of the top 40 horror books of all time.

Timmy Valentine: "He'll steal your heart - and have it for breakfast!"

Twenty-first anniversary edition of this unforgettable classic of high-intensity horror.

What listeners say about Vampire Junction

the book is exceptional exciting written before the interview with a vampire but is much darker. A great read that explores the dark part of the jungian personality.

A haunted thousands year old tween pop star vampire thirsting not only for blood but for meaning. A twelve year old boy with the singing voice of an angel and the wisdom of 3 thousand years and the concurrent nagging question of who am I? What am I ? What is my relationship to the human race and Life itself. The devastating wake of destruction and bloodlust when the Thirst hits and new undead rise to feed and scurry about in the shadows. Surreal, Grotesque and Beautiful!!

A great read even the second time. Read when younger now reliving it all over.