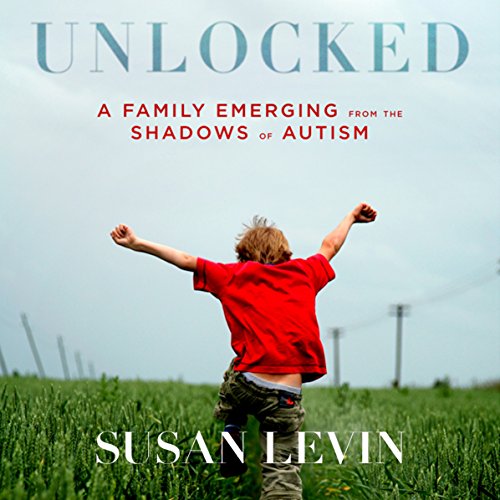 A Family Emerging from the Shadows of Autism
By: Susan Levin
Narrated by: Gayle Hendrix
Length: 13 hrs and 41 mins
Categories: Biographies & Memoirs, Memoirs
3 out of 5 stars 3.0 (2 ratings)

A Poignant and Inspiring Story of a Family Whose Child Emerges from Autism.

Unlocked begins with a vivid depiction of the author's life with her autistic son, Ben. Feelings of isolation, self-hate, and even moments of hatred toward her own child in response to his behaviors, as well as the impact on her marriage and younger daughter, impel her to seek solutions for his condition. Through years of trial and error, Susan eventually discovers methods that bring about radical improvement in Ben.

The story, however, is not just about Ben, but also addresses Susan's own spiritual and psychological struggles, and ultimate transformation, as she and her husband watch Ben go in and out of autism. Through years of intermittent progress and frustrating steps backwards, Susan learns that loving Ben means embracing him as he is, day by day, rather than waiting to love him fully one day when he is cured.

Told largely through anecdote, Unlocked is, by turns, heart-wrenching and joyful, hopeful and doubt-laden. As we follow young Ben's exploits into a new social world, our own hearts break as he stumbles, but finally soar as he achieves his dream: genuine, caring, and reciprocal relationships with his peers.

In the end, Unlocked is a story about family, commitment, and the power of embracing, nonjudgmental love.

LOVED THIS BOOK! It is full of hope and reality. Great narration. I then watched the Son-rise movie which shows some of this in action...I wish I had listened to the last chapter first, then the book from the start. I feel I could have at least done some nutrition while then listening to the rest...

So transparent and truthful.

I love that the author puts her feelings of truth right out there. I would imagine there are many people who feel the same way but aren't able to express it-even to themselves. We are taught that feelings are wrong when they feel ugly when in reality, they're our truths.
This is a good book for people who need support or a perhaps, direction in finding a way to live with autism. I firmly believe the author's methods work well in an extremely controlled environment. You'd have to live the treatment because if you were to deviate from it, it would take a bit of readjusting to get back on track. It'd take extreme discipline on the part of the caretaker in order for it to work. The author points that out often, she knows how hard the work is, and yet she just keeps on keeping on. I think that commitment is pretty amazing. And that she makes time for her daughter also, in the midst of the chaos that having an autistic child can bring.