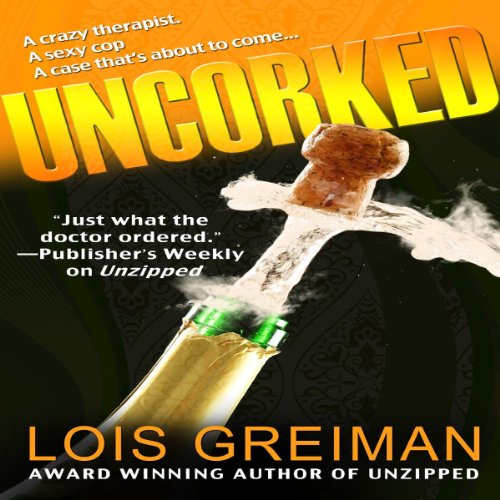 The romance between LA psychologist Christina McMullen and Lieutenant Jack Rivera is finally sizzling...until Chrissy catches the lieutenant in a compromising position. Still, when a vicious criminal from their past is released from prison, Rivera is willing to do whatever it takes to keep Chrissy safe--but does that include murder?

Despite sound advice from her best friend, Brainy Laney Butterfield, Chrissy is determined to clear Rivera's name. But first she'll have to tango with a quintet of sexy suitors and her own current beau, Doctor...what was his name again? And when Chrissy is attacked, the stakes become more dangerous than ever, for she's about to pop the lid on the most lucrative criminal enterprise in LA--and to the surprise of this shrink, more than one deep, dark secret is about to become uncorked.