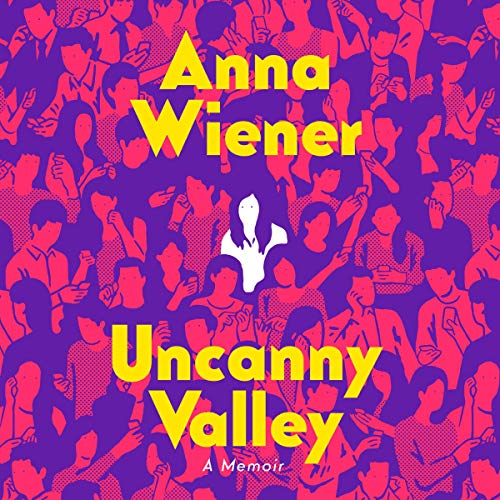 The prescient account of a journey into Silicon Valley: a defining memoir for our digital age.

At 25 years old, Anna Wiener was beginning to tire of her assistant job in New York publishing. There was no room to grow, and the voyeuristic thrill of answering someone else’s phone had worn thin. Within a year she had moved to San Francisco to take up a job at a data analytics start-up in Silicon Valley. Leaving her business-casual skirts and shirts in the wardrobe, she began working in company-branded T-shirts and hoodies. She had a healthy income for the first time in her life. She felt like part of the future.

But a tide was beginning to turn. People were speaking of tech start-ups as surveillance companies. Out of 60 employees, only 8 of her colleagues were women. Casual sexism was rife. Sexual harassment cases were proliferating. And soon, like everyone else, she was addicted to the internet, refreshing the news, refreshing social media, scrolling and scrolling and scrolling. Slowly, she began to realise that her blind faith in ambitious, arrogant young men from America’s soft suburbs wasn’t just her own personal pathology. It had become a global affliction.

Uncanny Valley is a coming of age story set against the backdrop of our generation’s very own gold rush. It’s a story about the tension between old and new, between art and tech, between the quest for money and the quest for meaning - about how our world is changing for ever.

"Joan Didion at a startup." (Rebecca Solnit, best-selling author of Men Explain Things to Me)

"This was the memoir I'd been waiting for. A witty, unique perspective and fresh insight showing us the behind the scenes of the tech industry in a new thrilling way." (Emma Gannon)

"A rare mix of acute, funny, up-to-the-minute social observation, dead-serious contemplation of the tech industry’s annexation of our lives, and a sincere first-person search for meaningful work and connection. How does an unworn pair of plain sneakers become a monument to the end of sensuousness? Read on." (William Finnegan, author of Barbarian Days)

I’m baffled as to why this memoir has received so many rave reviews in the press and been named in Best Reads of 2020 features. Whatever the point of this non-story was, I missed it entirely.

Nothing really happens apart from the author moving from tech job to tech job. Her insistence on not naming certain social media platforms swiftly got on my nerves. “He wrote on the micro blogging site.” “I logged on to the social media site that everyone hated”. Fine once or twice, not repeated over and over. By the end I was yelling at my device: “Just say he tweeted, for the love of all that is good and holy.”

It rattles along but really it felt like a magazine article stretched into a book.