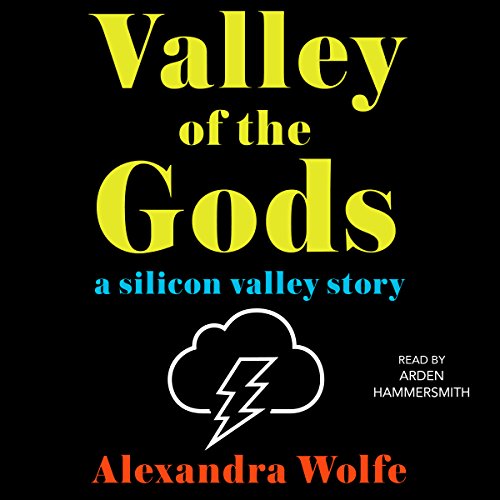 The Valley of the Gods

In a riveting, hilarious account, reporter Alexandra Wolfe exposes a world that is not flat but bubbling - the men and women of Silicon Valley, whose hubris and ambition are changing the world.

Each year, young people from around the world go to Silicon Valley to hatch an idea, start a company, strike it rich, and become powerful and famous. In The Valley of the Gods, Wolfe follows three of these upstarts who have "stopped out" of college and real life to live and work in Silicon Valley in the hopes of becoming the next Mark Zuckerberg or Elon Musk. No one has yet documented the battle for the brightest kids, kids whose goals are no less than making billions of dollars - and the fight they wage in turn to make it there. They embody an American cultural transformation: A move away from the East Coast hierarchy of Ivy Leagues and country clubs toward the startup life and a new social order.

Meet the billionaires who go to training clubs for 30-minute "body slams" designed to fit in with the start-up schedule; attend parties where people devour peanut butter-and-jelly sushi rolls; and date and seduce in a romantic culture in which thick glasses, baggy jeans, and a t-shirt is the costume of any sex symbol (and where a jacket and tie symbolize mediocrity). Through Wolfe's eyes, we discover how they date and marry, how they dress and live, how they plot and dream, and how they have created a business world and an economic order that has made us all devotees of them.

A blistering, brilliant, and hysterical examination of this new ruling class, The Valley of the Gods presents tomorrow's strange new normal where the only outward signs of tech success are laptops and ideas.

What listeners say about The Valley of the Gods

This had a decent story line but the information was delivered in a slow manner and really didn't have that page turner appeal .

Very interesting and insightful. I have to add the voiceover was one of the most flawless and pleasant I have heard.

Interesting info about the social side of Silicon Valley and all that but romanticized it and heavily overplayed the stereotypes of nerdy coder with no social skills vs the banker on the east coast. It also didn't really talk about the work these people were doing at all. Not much exposure to thiel himself either. Overall would not recommend, listen to something else

Helped me to learn more about the subcultures of Silicon Valley; the people, places, habits, and mindset of the most influential people in Silicon Valley.