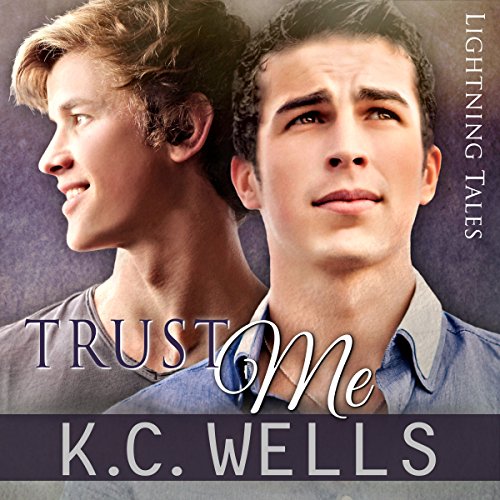 Ric Costanza and Connor Ferguson grew up together, friends all the way through high school - until Ric pushed Connor away when they were both 16. Self-preservation is a very strong force indeed. Connor had his own theory as to why it happened.

When they meet up eight years later, a lot of water has passed under the bridge. Ric is about to enter the priesthood and Connor is engaged to Keira. Except all is not as it seems. Ric is a mess, and Connor wants to help. What starts out as a simple offer to provide a shoulder for a former best friend becomes more than both men bargained for.

Thoroughly enjoyed this audiobook by KC Wells! The main characters were engaging and likeable, the plot was very good and just an all around great read, exactly what I have come to expect from this lovely author! The narrarator does a great job with the voices and bringing this story to life!

The weakest of the Series, but still good

This was the second of the Lightning Series, and while I didn't feel this story was as strong as the 1st or 3rd ones, I still liked it and enjoyed listening to Rob Drex's performance. Having Nick and Alex from the 1st book pop up was a bonus. However, I didn't warm up to either Ric or Connor, even though I have a particular fondness of childhood friends-to-lovers trope.

Again, Rob Drex's narration was fine and kept me engaged in the story.

This story brings together friends from high school who lost touch through some misunderstandings. As Rick reconnects with Conner we see him come to the point were he must make some decisions. Both men have to deal with their old feelings and figure what they want.

The narration was east to follow through the story.